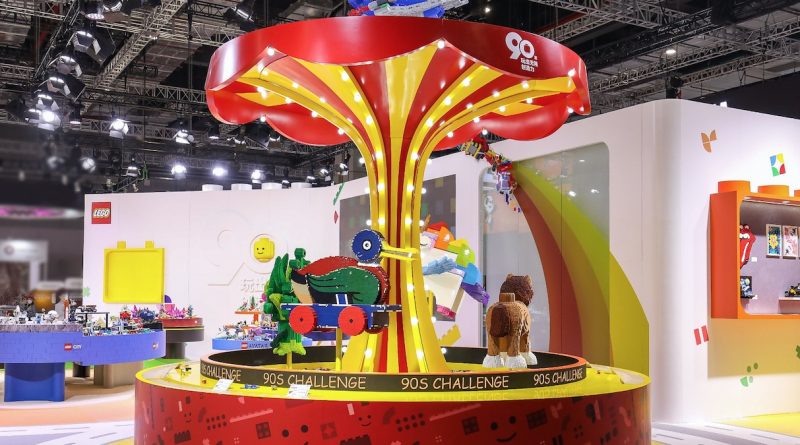 Attendees at the 5th China International Import Expo have been able to get their hands on a set of three limited-edition LEGO Wooden Duck models.

This weekend’s 5th China International Import Expo (CIIE) saw the LEGO Group reveal no less than five Lunar New Year sets for 2023. The models focus on traditional Chinese culture and the Year of the Rabbit, with Monkie Kid and DUPLO sets included in the mix, and are due to launch in China and other territories from December 25, 2022.

As well as the upcoming Lunar New Year sets, some lucky attendees at the event were also able to pick up one of three different mini builds based on 40501 The Wooden Duck, itself a 621-piece recreation of one of the first ever LEGO toys. YouTuber Brick_Clicker is reporting that the buildable ducks were being given away at the Expo as part of the LEGO Group’s 90th anniversary celebrations and are said to be limited-edition items.

Although the three mini build designs are all based on 40501 The Wooden Duck, they differ in size and piece count, with one version even offering a BrickHeadz-style take on the classic design. There’s no word yet on whether any of these sets will ever be available outside of China or if collectors will have to stump up some serious cash to get hold of them on the secondary market.

The three mini models follow (or waddle) in the footsteps of a 3D-printed duck that was gifted to visitors to the LEGO House at a recent AFOL Day event. The small red model is currently selling for big bucks on BrickLink, although a much cheaper option for fans of the classic design might be 5007505 LEGO Duck Sticker, currently available as a VIP reward for 500 points.