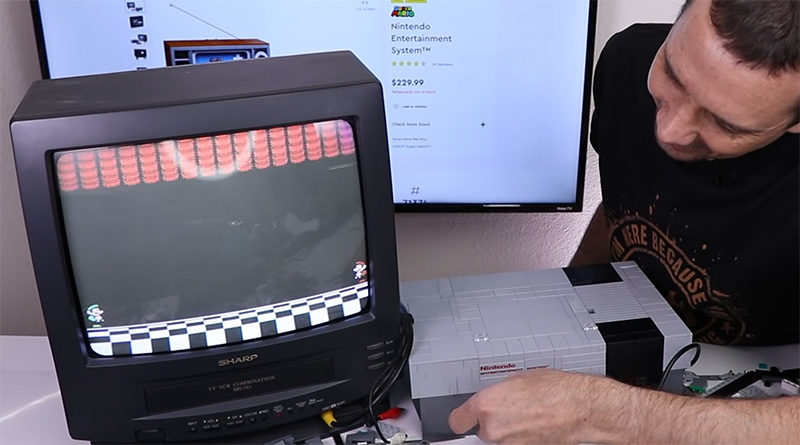 A YouTube channel dedicated to repairing electronic items is fixing LEGO 71374 Nintendo Entertainment System– by turning it into a functioning games console.

After building 71374 Nintendo Entertainment System the usual way, Steve Porter decided to rebuild it as a fully functioning console.

His first problem is that the LEGO NES is smaller than the original. First, he removes the inside of the actual NES then starts to dismantle the LEGO NES. In quite a significant rebuild, the LEGO NES is basically stripped down to its initial base so that the electronic interior can be incorporated into the model.

Once the NES interior is in place, Steve builds up a modified version of the LEGO case around it, making sure that the various connectors are held in place. Considering just what a project it is, the finished build actually looks very much like a NES still.

Sure enough, once the new version of the LEGO NES is connected to the television it can play Super Mario Bros. 3.