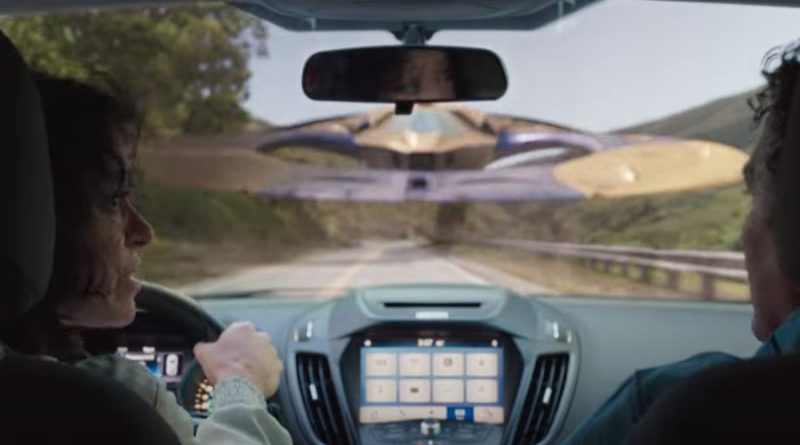 As we near the release of Marvel Studios’ She-Hulk, a new clip has been revealed featuring a returning element from Thor: Ragnarok.

A new clip for Marvel Studios’ She-Hulk has been shared online as we approach the release date of August 18, potentially of an important moment in the series. In it, Bruce Banner and Jennifer Walters’ are enjoying a drive before their car crashes off the road.

In the comics, Jennifer Walters gains the power to transform into She-Hulk after a blood transfusion from her cousin, Bruce Banner, after being shot by a mobster. However, that event could be swapped for a car crash, as shown in the clip with Bruce better off after the crash thanks to his Hulk abilities, giving Jennifer the emergency transfusion.

The car crash is a result of an alien ship running the pair off of the road, and you might recognise it from Thor: Ragnarok.

Notably, the paint job on this ship is different from that of Thor: Ragnarok, though the original ship was damaged as it crashed on Asgard, so it may be that the Grandmaster gave it a new coat of paint after fixing it.

Alternatively, this could be another ship of the same make, owned by a different person in the Marvel Cinematic Universe. Either way, the question of why it was flying in front of Jennifer Walters’ car remains. This ship was featured as a LEGO model in 76084 The Ultimate Battle for Asgard.

We’ll likely receive the answer to that and more questions when the series starts streaming on August 18, and we already know of a few cameos in the show.