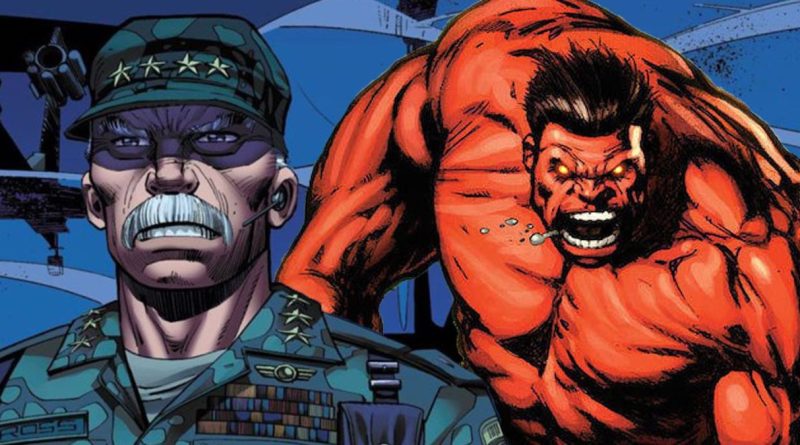 The casting of Harrison Ford as Thaddeus Ross could hint at the debut of a fan-favourite MCU character and the return of a LEGO bigfig.

Following Deadline’s recent report, it does indeed appear that Harrison Ford may be joining the Marvel Cinematic Universe, replacing the late William Hurt as General Thaddeus ‘Thunderbolt’ Ross. The Han Solo and Indiana Jones actor looks likely to make his debut in the upcoming Captain America: New World Order, with the sequel currently scheduled for release on May 3, 2024.

In addition to Ford stepping into the role, the reappearance of the character also potentially opens the door for another gamma-powered fan-favourite face to make his debut in a future MCU movie. In the original comic books, Ross went from hunting Bruce Banner’s angry alter-ego to becoming the Red Hulk, an intelligent, fiery and incredibly powerful version of the monster.

The Red Hulk would eventually go on to lead a non-government sponsored iteration of the Thunderbolts, with the rag-tag team of villains and heroes set to appear on the big screen on July 26, 2024. It’s not yet known if Ford’s version of Ross will appear in that film too, but it’s entirely possible that Marvel Studios might be lining up the reappearance of Ross to coincide with the character transforming into his Red Hulk form.

If that happens, then LEGO Marvel fans could be in for a treat, as there has only been one version of the character released to date. The oversized crimson beast first appeared in 76078 Hulk vs. Red Hulk in 2017, with bigfigs of both titans included in the set, alongside the only current existing She-Hulk and Red She-Hulk minifigures.

If Marvel Studios is indeed planning to expand the role of Ross beyond his current position, then a bit of speculative thinking might suggest that future appearances of the character in LEGO form could potentially be on the cards at some point. There’s been no word from the LEGO Group to that effect, so be sure to just take this as a bit of fan wish-fulfilment for now.