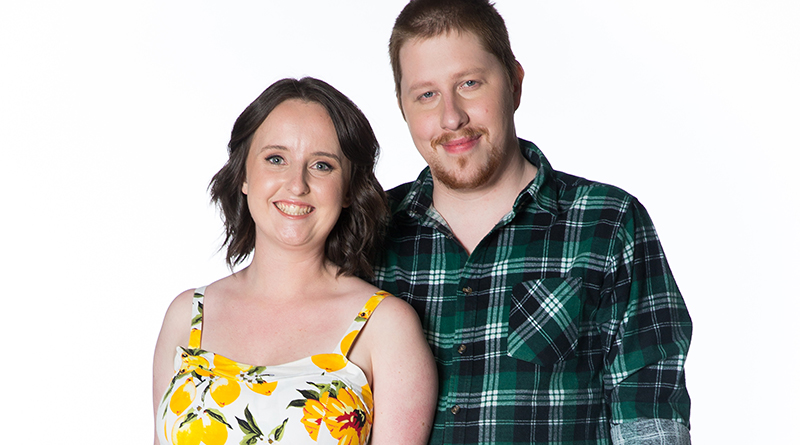 Brick Fanatics is speaking to the LEGO MASTERS Australia Season 2 contestants to find out more about them and their passion for the hobby. Husband and wife Tim and Dannii reveal the LEGO dynamics of their relationship

In this exclusive interview, Brick Fanatics gets the low down on husband and wife team Tim and Dannii.

Tim: My first Lego set was 6357, the Stunt Helicopter and truck set, inherited from my older brother when I was around three or four years old. I still have it together to this day. However, my first LEGO set I ever got brand new was 8534 Tahu, from the Bionicle 2001 range when I was seven. I’ve always been a fan of LEGO – no dark age here!

Dannii: Most of my LEGO background is helping my husband prepare for exhibitions. As a child I would play with Duplo to bond with my grandparents, otherwise I didn’t have a lot of LEGO interaction growing up. My first set was the Pet Shop Modular on a Brickvention VIP night – I won the door raffle.

Dannii: Post LEGO MASTERS, I have taken an interest in Technic – all I want to do is find ways to make things move on models. Tim has never taken much to Technic so his parts are limited. I have to reuse parts from previous mechanisms, so they don’t stay together for long. My husband and I build in our tiny LEGO room, unfortunately.

Tim: I love making castle buildings and creatures. It’s always a challenging experience attempting to make odd shapes and natural landscapes – whether that be rock cliffs, trees or dragons.

Tim: I collect anything and all things castle – that includes the Collectible Minifigures series castle figures. Outside of that, I also collect the Marvel Cinematic Universe sets and the Harry Potter lines as well. Truthfully, a lot of my purchases of late have also been around wanting to experiment with the latest LEGO idea – Lego DOTS, Hidden Side, all those really odd things that I just want to try out for myself.

Dannii: Not really – if anything I win sets. So far, I have won the Pet Shop Modular, Brick Bank modular and the Volkswagen Beatle. I don’t think we can afford two LEGO collectors in our home…

Dannii: I am an artist. Essentially, if I can see it, I can draw it. I can mimic the style of other artists and I can create very realistic drawings/paintings/sculptures of people and pets. I have even designed a few tattoos for friends. I have the opposite of an addictive personality – I get bored very quickly and move on to new things. So now I have experiences with a wide range of mediums, two dimensional and three dimensional, and I include LEGO in those mediums.

Tim: I also have a strong passion for the tabletop role playing game Dungeons and Dragons. It’s made a bit of a resurgence of late and really coming into the limelight, primarily thanks to Stranger Things. I actually run the game for me and my friends as the ‘Game Master’, and use LEGO for the table top props and characters – the players love it.

Dannii: Definitely not! Since I had never been a LEGO dedicated person, I figured that the audition would result in Tim being chosen and teamed up with someone else!

Tim: I don’t think anybody is truly 100% confident going into the auditions; there’s just too much uncertainty. But Dannii and I were confident that no matter what happened, we’d do our best.

Tim: After our audition, Dannii and I did a small bit of training and practised some techniques down in our LEGO Room at home in the hopes we would get on the show. After hearing nothing back for a fair while, we got disheartened and actually gave up on training. It was to our shock and surprise that, closer to the filming start date, we got the call asking if we were still interested – and the rest is history.

Dannii: Tim showed me some techniques soon after our initial audition, but we hadn’t heard anything and had resumed normal life. We received the phone call telling us they wanted us about five days prior to filming. Between organising work and childcare, we didn’t have any training opportunities. Luckily, we had built together for exhibitions, so at least we knew about the way each other built.

Dannii: It was like passing through the tv screen and entering the world of tv. Totally bizarre to walk into a room where you’ve never been, but feel like you’ve already spent hours in.

Tim: I was completely overwhelmed walking into that studio. It’s one thing to see it on tv, but another to be in that room. The lights were huge, and bigger than our build room at home. But one thing is for sure, I’m so glad I got to enter the Brick Pit first. We were put far from the pit, but I think other contestants were just as surprised as we were that I got there first!