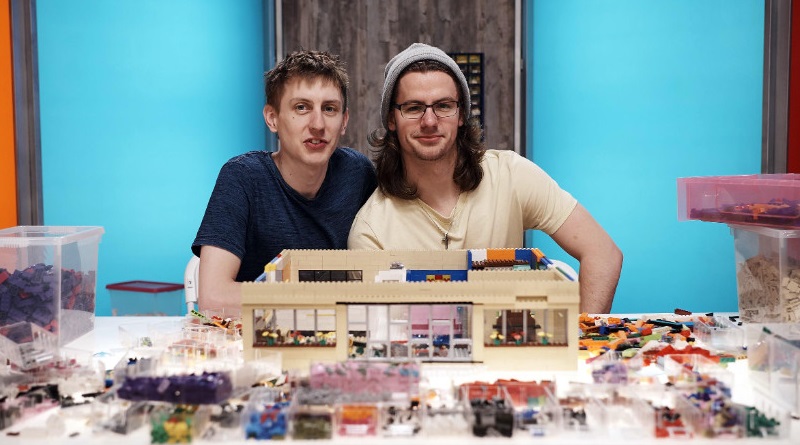 Brick Fanatics counts down to the new series of LEGO MASTERS by speaking to each of the Series 2 build pairs. Today, brick brothers Chris and Joseph explain how they came to be on the series

With LEGO MASTERS about to return for a second series, a new group of LEGO builders will be competing for ultimate brick based prize. Chris and Joseph are adult building brothers who are indulging their creativity to see how they measure up. Brick Fanatics spoke to the build pair to find out more about their LEGO experience so far.

Joseph: Yes, we’ve both been playing with and collecting LEGO for as long as I can remember.

J: I do love a mixture of building and collecting, specifically I collect Star Wars sets but I also really appreciate the LEGO Ideas sets and just how beautiful they are. Those sort of sets inspire my own builds. LEGO, after all, was made to be creative with.

C: I’ve been a fan of LEGO since I can remember. I’ve

always enjoyed making life like worlds for my minifigures to live in. I’ve never really collected sets as I like to build creatively and turn what I see in my head into reality.

J: My favourite things to build are buildings, spaceships and landscapes.

C: I tend to enjoy highly detailed model making. My dream growing up was to always have an outdoor Miniland. Once my parents said I could move into the garden, I have enjoyed this project for the last 10 years. I really enjoy landscaping models into the garden and making everything look realistic as possible. My favourite build is a working watermill I created powered by the running water that falls from a little aqueduct.

J: I play a little bit of the guitar and piano, and I love photography. 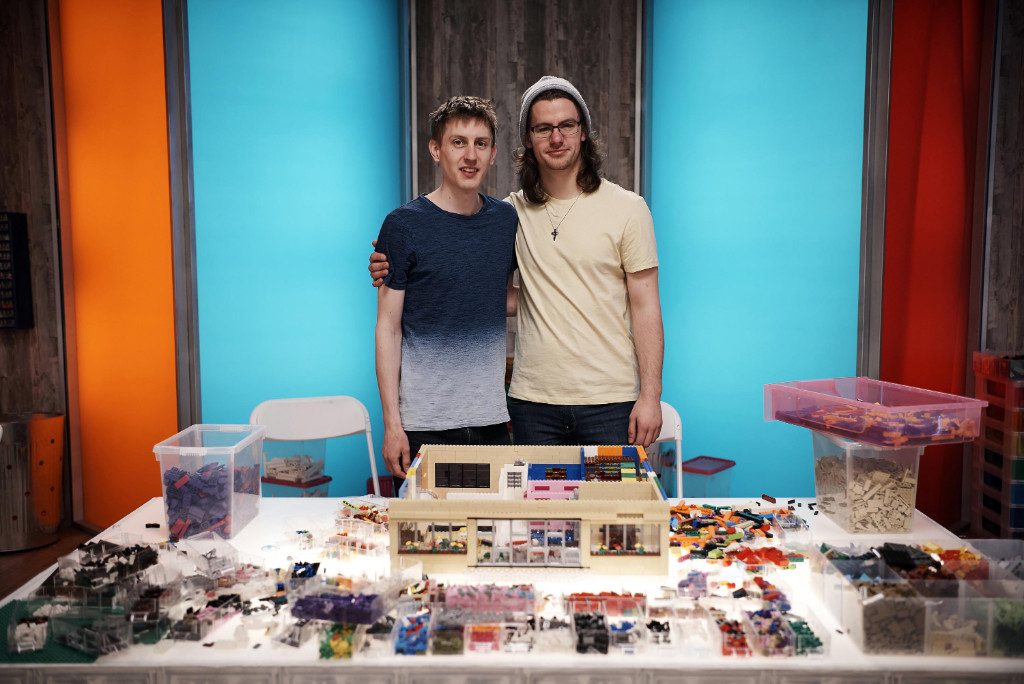 J: Well I think first and foremost I loved the first series and really wanted to be involved and challenged. And having the opportunity to do that with Chris after so long of not building together was a chance to good to be true.
C: For the unmissable opportunity to build with so many bricks.

C: Before the show we hadn’t built anything together in probably 10 years.

J: When we were younger we did, but Chris used to facilitate a lot of the play, it meant we could enjoy the creations. We had a city in our loft made using LEGO which we had characters for, and they had their own jobs and stuff like that. It was super fun. But in terms of actual builds we did that mostly separately because Chris moved out.

J: Honestly, not really. We spoke before the auditions about what we could build but from there it was mostly spontaneous. But that for me means we aren’t restricted to our plan.

C: I didn’t have any bricks at my house to build with!

C: The auditions were fun and exciting, it was nice to meet other LEGO fans too.

J: I really didn’t have any clue, there were so many talented and impressive builds. And of course, we were very happy with our builds but you never know, you never expect it to be you.

To see Chris and Joseph in action, tune into LEGO MASTERS from November 6 on Channel 4.