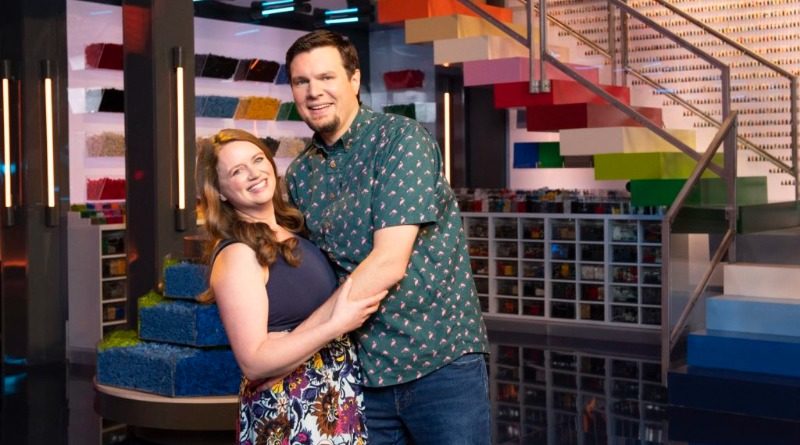 Married couple Maria and Philip recall how they prompted Will Arnett to quote Arrested Development on the set of LEGO MASTERS USA Season 2.

The second season of LEGO MASTERS USA is on the horizon, with the first episode airing on Tuesday, June 1 at 8pm ET / 9pm PT on FOX. Pairs of LEGO builders will battle one another in creative challenges for the chance of winning a $100,000 cash prize, the ultimate LEGO trophy, and the grand title of LEGO MASTERS.

We’ve already seen a quick breakdown of all 24 contestants, but now we’ve also had the chance to get to know Maria and Philip a little better.

Philip: We did a lot of brainstorming. We knew there would be different challenges, but we thought about, on the spot, what we could come up with for Season 1 challenges. We also did a brain dump of ideas and concepts and things that we were familiar with from our experiences, so they would be there at the forefront of our minds.

What was your first impression of the set?

Philip: We just thought, is this real? Are we actually here? After seeing Season 1 and the joy on everyone’s faces, you’re just thinking, ‘This is a real place that exists, so how do we get there?’

Maria: This is a real place, Will Arnett’s a real person, it really does have three million-plus bricks there.

Philip: It’s really indescribable. When it really got weird was when Will, Amy, and Jamie showed up. We’re huge Arrested Development fans and obviously LEGO Movie fans, so hanging out on stage with Will was so weird. Maria did this thing, too, where she would try to get Will to say his lines from Arrested Development. He walked right into them.

Maria: I got him to say most of my favourite lines.

Maria: Our superpower was time management. Philip is actually a manager and he was very good at saying we need to have this done at two hours, this done at four hours, and we need to have an hour left so we can polish. I would say our superpower was time management. Very rarely were we running to the last second. It did happen though.

Philip: We had a vision in our minds of what we wanted to build and we knew the point at which every certain thing had to be done and worked in extra time at the end to make sure the polish was there.

How did being a married couple help you on the show?

Philip: We do build together, all the time. Very rarely will we work on individual builds. So we had the familiarity of being together all the time and knowing what it was like to work in a tight confined space together. A lot of the time, we run into issues at home where we can’t figure out a problem, so we know that we can hand it off to the other person, instead of getting builder’s block.

How did you adjust to the organisation of the bricks on set?

Philip: I have a horrible memory, so I was constantly asking Maria where stuff was. She would make a single pass and know where everything was immediately.

Maria: The brick pit was laid out fairly logically, so I was able to quickly figure out where stuff was. It definitely was different and it was interesting how some of that difference has translated how we’ve re-organised at home.

Philip: It was laid out pretty logically. Once you figured out the method to the madness, you could guess a direction. There were a few elements here and there where you would think, why are they here?

What is your favourite creation that you made before the show?

Philip: The first build that we did together was called A Little Bit of Magic. We really love fantasy a lot and I love building castles. That was the first build we really built together. It was a task to see what it was like to build as one. I’m a guy and I really love my greys, but Maria brought a pop of colour. When it was done, we had a really beautiful medieval market scene which had a tonne of colour in it.

Maria: Because I love the modulars, we built a modular hardware shop. My favourite part about that was decking out the interiors and making the tiny furniture.

What are your main takeaways from the show?

Philip: Jokingly, I would say that we didn’t kill each other.

Maria: We can work together for long hours and we didn’t kill each other, which is awesome.

Philip: Honestly, it may sound silly, but if you can make it through the challenges in LEGO MASTERS, you can pretty much make it through anything else in your marriage. It is very long hours and so stressful, and the fact that we didn’t snap or kill each other is incredible.