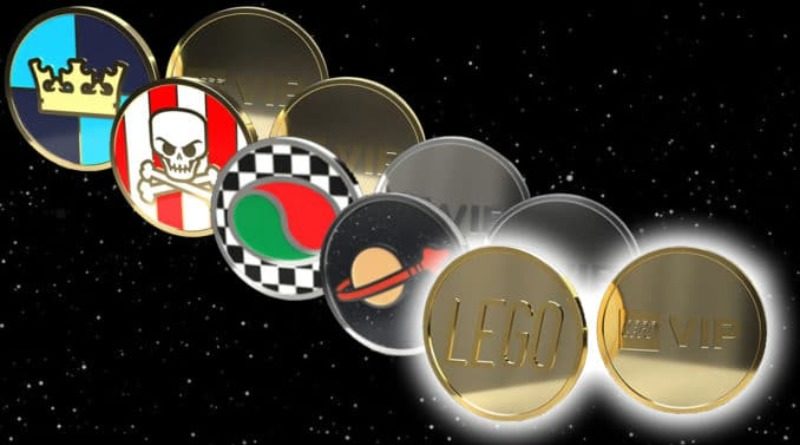 The LEGO VIP team has provided more details on the return of the collectible coins later this year – including how it’s planning to prevent resellers from snapping up stock.

Speaking to LEGO Ambassadors during a recent roundtable interview, Global VIP Program Director Jason Whiting revealed that when the five collectible coins return to the VIP Rewards Centre, they’ll only be available for members who didn’t manage to redeem them the first time round.

“When we put up the next batch, we’ll put them up the same way we did the first one,” he explained. “So if you got one the first time, it’s not available to you the second time. And if we have some left over, then we can decide if we want to open it up more.”

Just as the team were apparently ‘unprepared’ for how quickly the NASA Ulysses Space Probe sold out last month, they also didn’t expect the five coins – based on Castle, Space, Octan, Pirates and the classic minifigure coin accessory – to vanish from the VIP Rewards Centre as quickly as they did.

But where the NASA Ulysses Space Probe is gone for good, the LEGO Group has promised to attempt to rectify the scarcity around the collectible coins later this year – with a particular view to helping VIP members complete their collections.

“The intent is to [give a second chance to] people who tried really hard and didn’t get that opportunity, and now have that one hole in their collection,” Jason said. “The intent was never to [create] a situation where somebody was missing the thing that they wanted.”

There’s no word yet on how many of each coin will be made available (or indeed, when they’ll pop up again), but we’ve reached out to the VIP team to find out. We’ll let you know as soon we can.