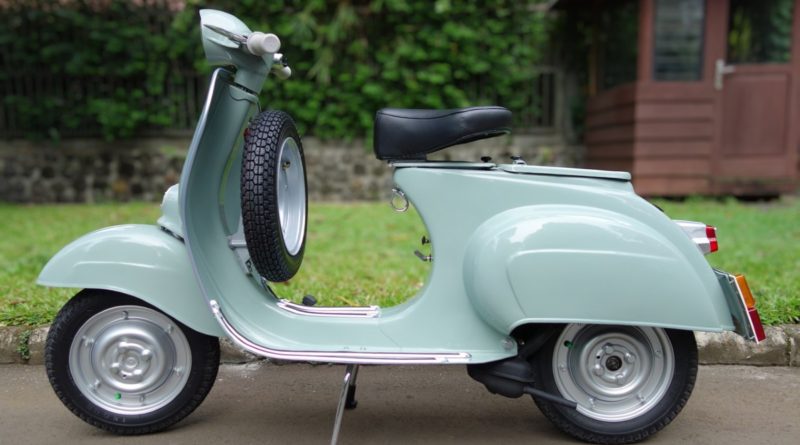 The rumoured LEGO for Adults 10298 Vespa is now said to be a mint green model with a variety of accessories, as well as a gift with purchase.

Promobricks is reporting to have more details regarding a potential 2022 LEGO for Adults vehicle model, following rumours that a brick-built Vespa was scheduled for next year.

Said to be titled 10298 Vespa, the model is mentioned as releasing in February 2022 for €99.99, though the source is unclear on how many parts this will include. This aligns with the previous report that gave a similar price, and a listing with that same set number and cost on a price comparison site.

The rumoured 10298 Vespa is believed to depict a classic version of the vehicle in mint green, such as the one pictured above, though the build is noted as not featuring a rearview mirror and could include accessories such as two white helmets, a flower, a bag and a tile with a newspaper print.

Reported to accompany the potential release of 10298 Vespa is a small GWP recreation named 40517 Vespa, though no other details are known. Promobricks does introduce the possibility of a minifigure being included, though this is unconfirmed.

As usual, treat this and any rumour with caution until the LEGO Group can officially announce otherwise, as they may turn out to be false.