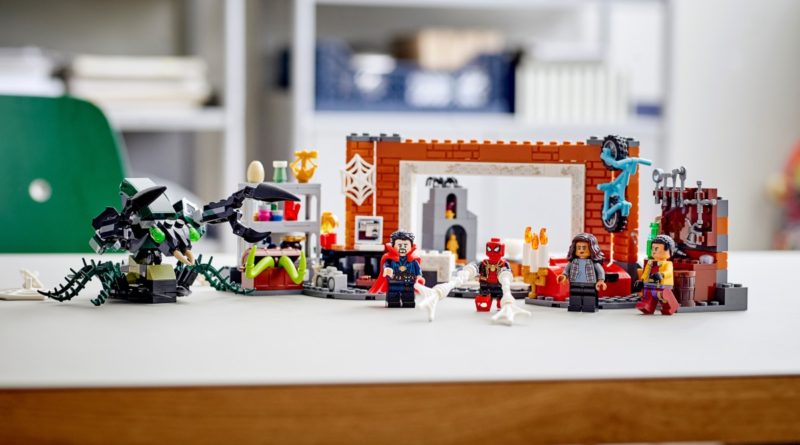 The LEGO Group and an online retailer have revealed more images of an upcoming LEGO Marvel set based on Spider-Man: No Way Home.

76185 Spider-Man at the Sanctum Workshop has been listed on LEGO.com since July 1, but with only a handful of images of what’s on offer in the box. The LEGO Group and Smyths Toys have now both published more pictures of the 355-piece set, giving us a few new angles on its contents.

As previously revealed, the largest of the three new Spidey sets launching in October includes minifigures of Spider-Man, MJ, Wong and Doctor Strange, as the two Marvel Cinematic Universe franchises collide in a film that could well involve plenty of multiverse hijinks.

These images give us a better look at those four characters, including Stephen Strange sans his new Cloak of Levitation element, and the mysterious ‘monster bug’ that provides the main point of conflict in the set. The true identity of that adversary will likely only be revealed when the movie arrives in cinemas, but monster bug feels like a pretty apt description for now.