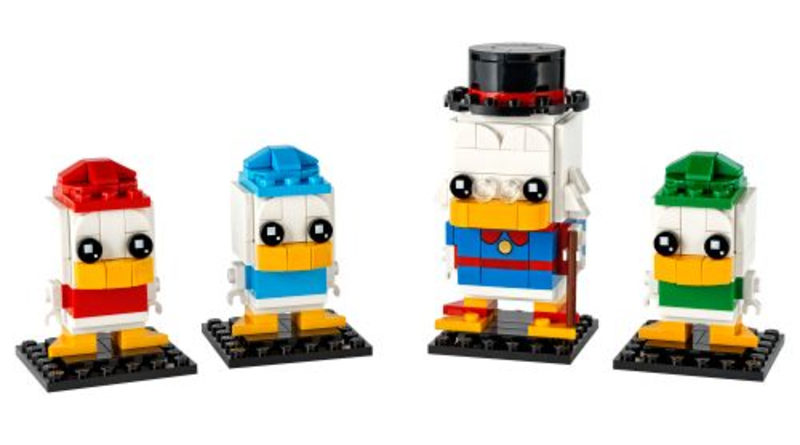 A pair of new LEGO Disney BrickHeadz sets have been revealed with more members of Donald Duck’s family and what seems to be a DuckTales set next in the theme.

Following on from the unveiling of more Harry Potter BrickHeadz, the house of mouse isn’t one to be outdone as Disney have at least two more of its own caricature models on the way.

40476 Daisy Duck and 40477 Scrooge McDuck, Huey, Dewey & Louie have reportedly been found on the LEGO Group’s instructions site after being rumoured for some time, with the first images of them revealed.

Their designs appear to be based on their classic designs, just like they appeared as minifigures in both Disney series of the LEGO Collectible Minifigures.

Donald’s girlfriend has a set all to her own while his uncle and nephews are bundled in one that might as well be themed to Ducktales. These models will no doubt pair well with 40377 Donald Duck, which released at the start of last year.

Unfortunately, there is no price or release date attached to these images, but you can probably expect 40477 Scrooge McDuck, Huey, Dewey & Louie to retail for around the same price as 40495 Harry, Hermione, Ron & Hagrid.