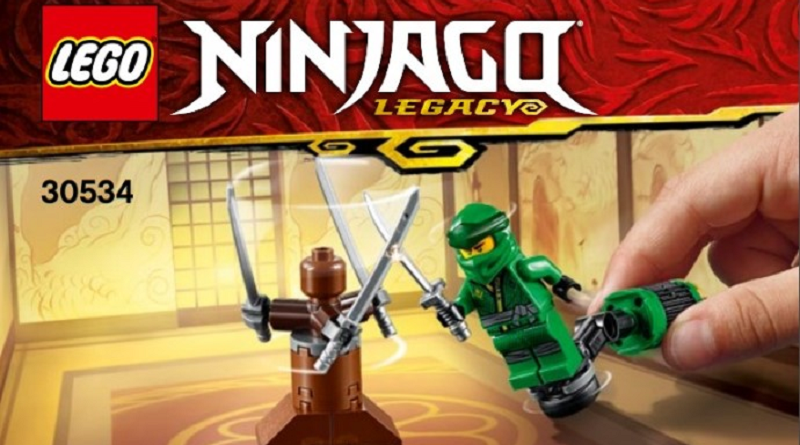 Three new LEGO polybags will be released as part of the NINJAGO Legacy theme.

Just a matter of days ago, the new LEGO NINJAGO theme launched in toy shops and at shop.LEGO.com. To support the regular sets, a few new polybags will be released this year. Brickset has shared images of three of the new polybag sets that ninja fans can enjoy in 2019.

30533 Samurai X builds a microscale version of the memorable mech that is available in 70665 The Samurai Mech. 30534 Ninja Workout is a fun little set with a Lloyd minifigure and training dummy, as well as a little build that makes it easier to have the minifigure train. 30535 Fire Flight is a minaturised version of Jay’s dragon.

Other new polybags have been unveiled from the LEGO Creator and LEGO Minecraft themes.

The Legacy sets revisit classic locations from the NINJAGO story so far. It is interesting to see how some of the locations and vehicles are represented now compared to the original releases, showing the changes in design possibilities that have happened since LEGO NINJAGO launched. Each set showcases specific ninja, with all of the characters included in 70670 Monastery of Spinjitzu.