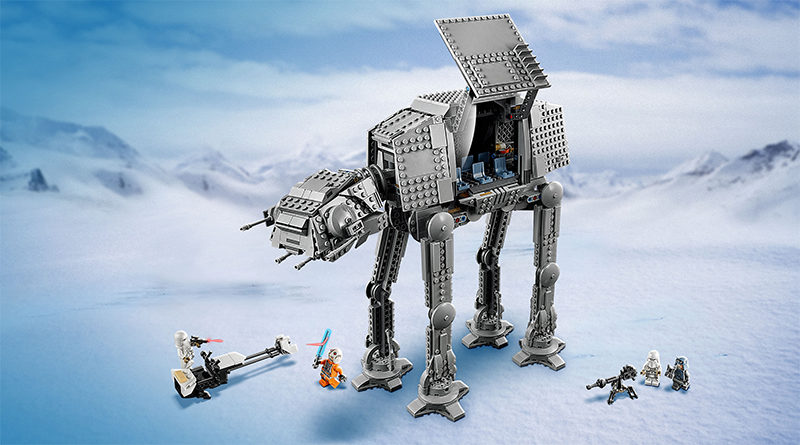 The set is expected to arrive as part of the LEGO Star Wars summer wave along with a selection of prequel era sets.

As usual, the designers have captured the four legged mechanical monster and its distinctive ‘head’. The side panel opens to reveal a seating area for troops and the back opens to reveal space for a speeder bike. Two Snowtroopers and two AT-AT Drivers are included, along with Luke Skywalker and General Veers.