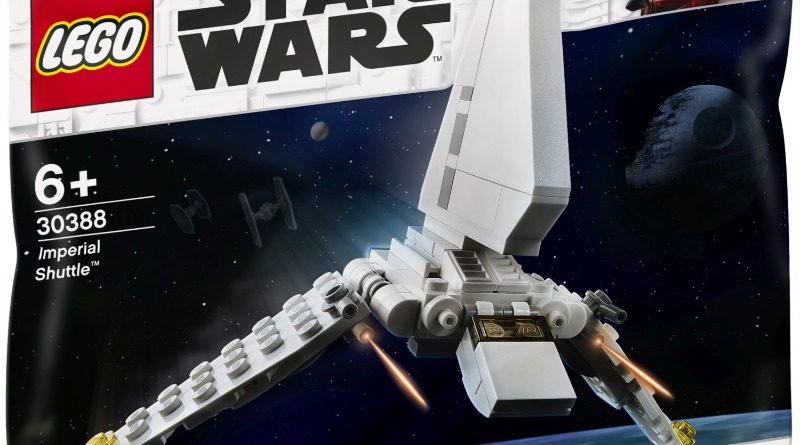 Two new LEGO Star Wars and Minecraft polybags are on the way in 2021, including a miniature Imperial Shuttle.

30388 Imperial Shuttle will be the first polybag-sized rendition of the classic Star Wars craft since 2014’s 30246 Imperial Shuttle. Its presence in the 2021 polybag line-up makes sense, though, given a larger version of the ship is also due to launch in January.

75302 Imperial Shuttle will deliver a more cost-effective version of the vehicle, in line with the smaller – and cheaper – 75300 Imperial TIE Fighter and 75301 Luke Skywalker’s X-wing Fighter. But if that ship will still ask too much of your wallet (or shelf space), this polybag version might just do the trick.

Minecraft is also getting a new polybag in 30331 The Nether Duel. As well as an appropriately blocky slice of scenery, the pocket money-priced set includes two minifigures: Steve and a Wither Skeleton. It’s only the third-ever polybag for the video-game-inspired theme, after 2019’s 30393 Steve and Creeper Set and 2020’s 30394 The Skeleton Defense.

Promobricks has also found images of LEGO CITY, Speed Champions, Classic, Creator, DUPLO, Disney, DOTS, Friends, NINJAGO and Technic polybags, all of which will launch in 2021.