If you haven’t backed the first LEGO book for AFOLs yet, Unbound is hoping to entice you with a batch of new rewards.

The Secret Life of LEGO Bricks is currently in the crowdfunding stage. And while it’s already met its funding goal, publisher Unbound is hoping to attract more backers with a range of new rewards coming later this week.

There’s no word yet on what those rewards will entail, but the first batch was pretty juicy, with retired, exclusive and signed sets up for grabs. The LEGO Ideas team will reveal exactly what’s on offer this Wednesday, November 25, at 3pm.

The LEGO Group and Unbound announced The Secret Life of LEGO Bricks in August, following a fan poll to determine its specific subject matter. It then reached its funding goal in just two weeks, with more than 2,000 backers currently supporting the project.

The only way get your hands on a copy of the book is to place an advance order at Unbound, as it won’t be coming to retailers. Here’s a taste of what you’ll get for your money:

Showcasing the extraordinary variety of LEGO elements, from monorail tracks and wheels to smart bricks, the Mask of Life from BIONICLE, and many more, The Secret Life of LEGO Bricks will feature interviews with the designers, managers and technicians who brought them to life, as well as artefacts from the LEGO Archive in Billund, Denmark.

The Secret Life of LEGO Bricks will go to print in 2022. To support the work of Brick Fanatics, please buy your LEGO sets from LEGO.com using our affiliate links. 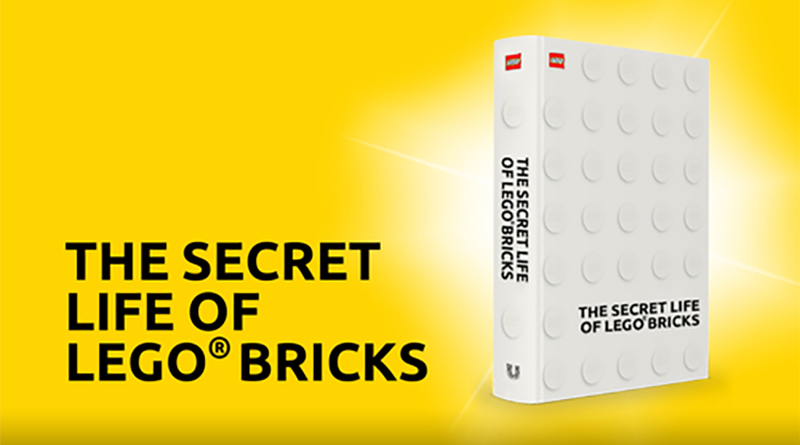