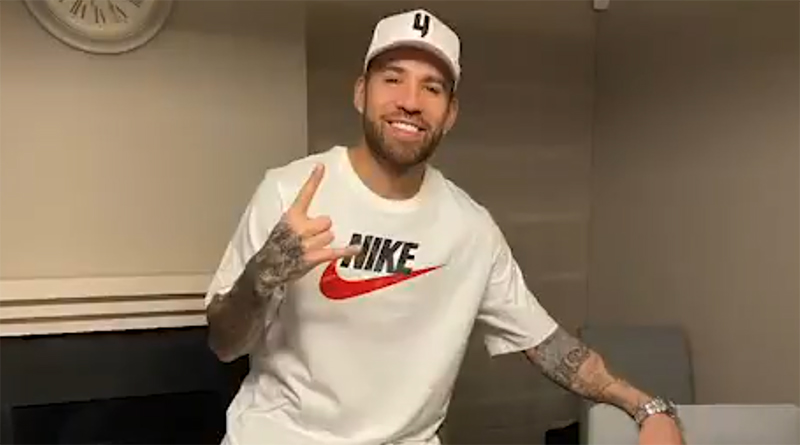 It seems that Manchester City player Nicolas Otamendi is not holding it against the LEGO Group that the company chose Manchester United’s stadium to be the first ever official football ground set. As he is quarantined at home due to the spread of coronavirus, the professional footballer has put together LEGO Technic 42083 Bugatti Chiron.

He shared a timelapse video with the text: “Quarentine days with @lego #StayAtHome [sic]”.

Another professional footballer, David Beckham, recently discussed his love of the LEGO brick with Jimmy Fallon, telling the host: ” “It’s before I had kids, I grew up making LEGO when I was eight or nine years old. “Actually I continue it and Victoria always laughs at me, she’ll come down at like two o’clock in the morning and I’ll be trying to finish a piece off. She posted something the other day and I think she said because it was like 11 years and above, she was like, ‘Really? You are still up at two o’clock in the morning doing 11 years and above LEGO?’”

42083 Bugatti Chiron uses 3,599 pieces and was designed through a partnership between the LEGO Group and Bugatti, coming in luxury packaging with a collector’s booklet. Incredibly, the LEGO Group built a full-sized version of the model last year that can actually drive, taking the working vehicle on a tour around the world to wow fans.