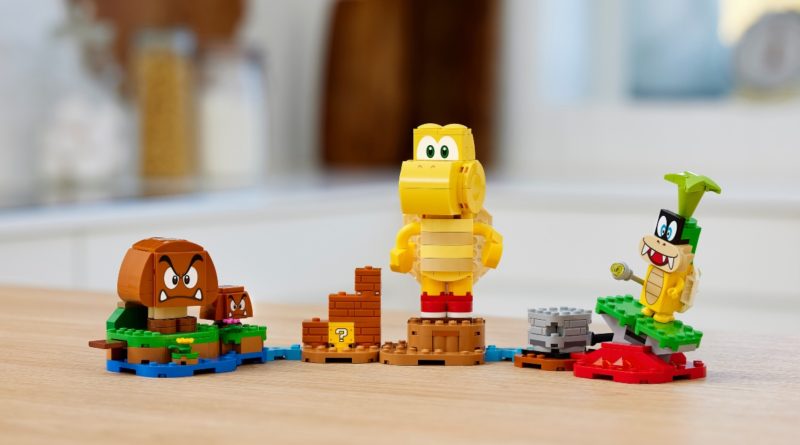 A deep cut from a classic Nintendo game is joining the LEGO Super Mario line-up next month, in the form of the newly-revealed 71412 Big Bad Island.

That character selection suggests 71412 Big Bad Island’s inspiration is Super Mario Bros. 3’s fourth world, Giant Land. While we’ve seen giant-sized Goombas in other games, the inclusion of Iggy Koopa ties this set specifically to the 1988 NES game. That’s a surprisingly deep cut, but it’s not entirely out of character for the LEGO Super Mario theme, either.

71412 Big Bad Island joins six other Expansion Sets, a brand new Starter Course and a new series of Character Packs in the next wave of interactive LEGO Super Mario sets, which is headlined by the arrival of a brand new digital figure in Princess Peach. She’ll be attainable through her own Starter Course, 71403 Adventures with Peach, which retails for £54.99 / $59.99 / €59.99.

At the moment, none of these sets are available to pre-order beyond 71412 Big Bad Island, which can only be purchased in the US. That could yet change between now and release, but for now you’ll have to wait until August 1 to place your order for any or all of the latest batch of LEGO Super Mario sets. You can at least plan your purchases by clicking through the links below to check out the full line-up:

There may still be one Nintendo-themed addition to this list yet to come, if recent rumours are to be believed.