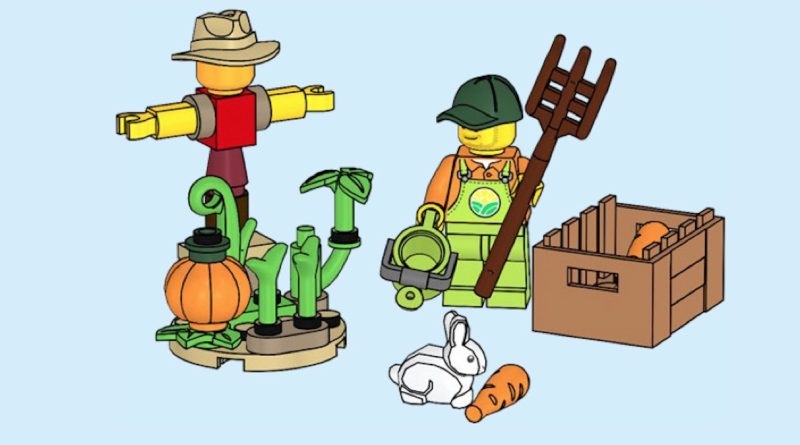 With the month of October starting to draw to a close, it’s possible that one last LEGO GWP set may be arriving from tomorrow.

October has seen a treasure trove of LEGO gift-with-purchase sets, with free promotional items ranging from small polybags such as 40513 Halloween VIP Add On Pack and 30593 Lloyd Suit Mech to larger models including 40566 Ray the Castaway and 40484 Santa’s Front Yard.

With just over a week to go until the end of the month, the LEGO Group may be adding one more GWP set to its October line-up. A previous rumour revealed that 30590 Farm Garden & Scarecrow might be available from October 24, although there’s currently no information on a minimum spending threshold for the polybag or when the potential offer may end.

30590 Farm Garden & Scarecrow is a small 34-piece build that includes a farmer minifigure that’s exclusive to the set, plus a scarecrow model, rabbit figure and various accessories. The inclusion of a pumpkin in the polybag also manages to (loosely) tie the LEGO City set into this month’s Halloween theme.

Whilst the LEGO Group has yet to confirm the arrival of 30590 Farm Garden & Scarecrow as a GWP for October, searching for the set on the official online store does lead to the Offers & Sale page of the site, possibly suggesting the arrival of the polybag could be imminent.

In the meantime, there are still two LEGO GWP items currently available, depending on which territory you’re in. 40562 Mystic Witch is free with purchases over £100 / $100 / €100 until October 31 and placing an order in the UK and Europe for 75313 AT-AT before November 18 will get you 40483 Luke Skywalker’s Lightsaber.