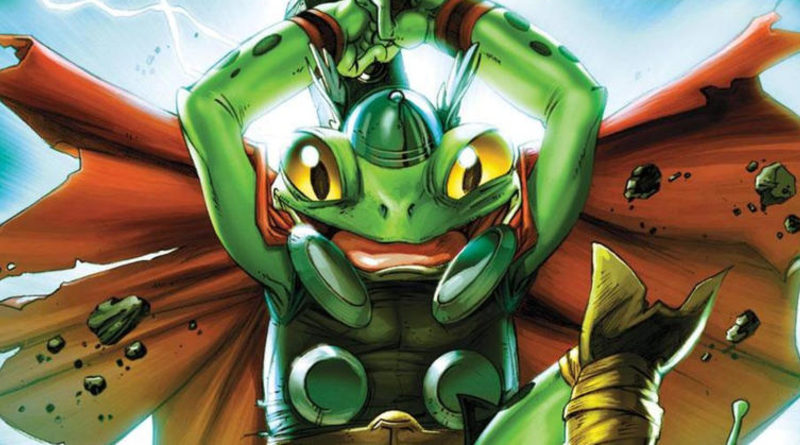 A bonus character in the rumoured LEGO Marvel Collectible Minifigure Series has now been explained by a member of the Loki production team, revealing why this froggy fellow may debut in LEGO form.

Those of you who are all caught up on Loki might remember a particular reference in the most recent episode of the show that called back to a strangely amphibian character from the comics. Builders who haven’t watched Loki yet may want to click away before reading any further though, as we’ll be discussing spoilers.

Journey to Mystery was full of Easter Eggs for fans new and old to recognise, whether it be the Thanoscopter or the Living Tribunal. However, builders likely had their eyes set on one reference in particular – the appearance of Throg. Throg is, as you might guess, a Frog version of Thor and appears in the most recent episode stuck in a jar, desperately jumping for Mjolnir so that he may escape.

Whilst the inclusion of this character alone in the MCU is interesting enough, descriptions for the rumoured Marvel Collectible Minifigures Series also suggest that the character may be making an appearance alongside Loki, despite the amphibian only playing a very small role in the show. Eric Martin, Writer and Producer for the series, has taken to Twitter to reveal that Throg once played a much larger part in Loki actually facing off against the God of Mischief in some hilarious combat.

This would explain why the LEGO Group may have included the character in the rumoured series before the significant change was made, but nothing has been officially confirmed at this time.

We’ll let you know if or when we learn more about the rumoured LEGO Marvel Collectible Minifigures series as Loki is set to wrap up next week, paving the way for the next animated superhero series on Disney Plus.