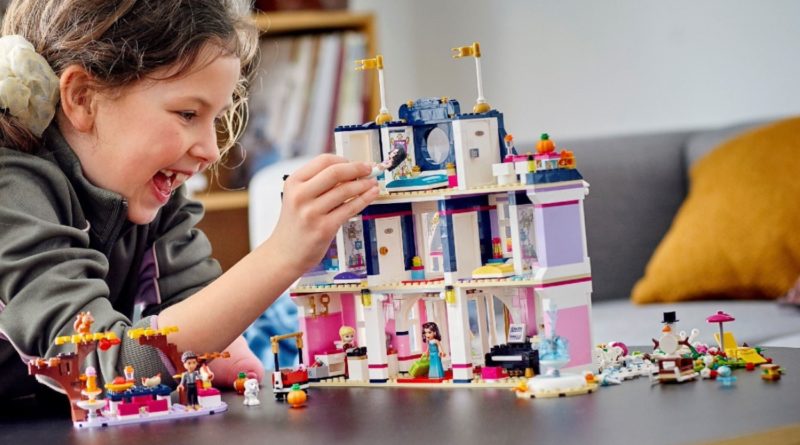 The third-largest LEGO Friends set of all time is currently available for just £71.99 at John Lewis, representing a tempting 20% discount on 41684 Heartlake City Grand Hotel.

Last year’s flagship set comes in just behind its predecessor 41101 Heartlake Grand Hotel and 2022’s 41704 Main Street Building in the list of LEGO Friends’ biggest sets, delivering a cool 1,308 pieces and four mini-dolls for what would normally be £89.99 in the UK. At the moment, however, you can save a full 20% on that price at John Lewis.

Click through to order 41684 Heartlake City Grand Hotel from John Lewis for 20% off.

While it uses fewer pieces than 2015’s hotel, the 2021 set represents a significant upgrade in design and detail – and also offers the opportunity to theme the model around a particular season, with elements included for autumn and winter décor. That’s as good an excuse as any to keep it on your shelf year-round.

It also means 41684 Heartlake City Grand Hotel could potentially serve as a destination resort for your LEGO Winter Village (with a little modification, of course) – so even if LEGO Friends isn’t usually your thing, this is one not to overlook. And especially not with its current discount at John Lewis, which brings the build down to only £71.99.

That price means you’ll also qualify for free delivery through John Lewis, which kicks in on orders above £50. There’s no telling how long this deal will last, so head over to John Lewis to secure your copy of 41684 Heartlake City Grand Hotel while you can.

Support the work that Brick Fanatics does – including bringing you news of the latest LEGO deals – by purchasing your LEGO from John Lewis using our affiliate links. Thank you!