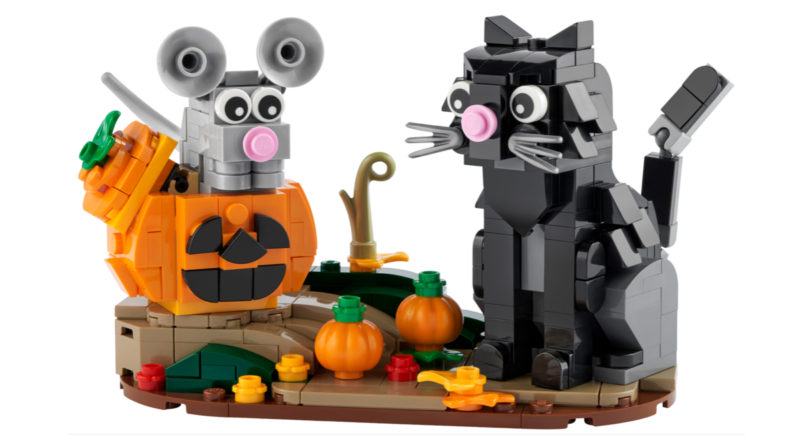 Christmas LEGO sets might be starting to appear, but there’s still a spooktacular time to be had before the Winter Village gets unpacked.

While it’s great to put a favourite LEGO set on display in your home – maybe an Architecture set nestled in a corner, an epic set like 10294 Titanic on a shelf or just a MOC by a member of the family – there’s nothing quite like a themed diorama. When Christmas rolls around (although we’re beginning to think it might be here already, judging by the card shops) many reach for the Winter Village sets, which this year is joined by the new 10308 Holiday Main Street, or Christmas High Street, depending on which side of the Atlantic you’re on.

But before that, we have Halloween, so let’s break out the orange bricks, see what’s going on, and have a look at some seasonal specials that you might want to pick up to add a frisson of spookiness to your LEGO collection.

At the official UK LEGO website, the Halloween section has plenty of the sets you’d expect, and more than a few that feel like they’ve been shoehorned in by the marketing department. 40497 Halloween Owl and 40570 Halloween Cat & Mouse seem like perfect candidates for an October shopping trip. The Creator Expert 10273 Haunted House is a given and we can just about see how 76407 The Shrieking Shack & Whomping Willow can make the cut.

Less obvious, however, is 76161 1989 Batwing. Yes, it’s shaped like a bat, but isn’t that stretching it just a little?  However, Bruce Wayne’s crime fighting jet pales into insignificance compared to 42118 Monster Jam Grave Digger. It’s a Monster truck! Mind you, if 5007136 Darth Vader plush can get in, then we guess anything’s fair game.

If you are shopping for Halloween, then’s there’s currently a related VIP GWP up for grabs plus a number of themed activities both online and in-store. And in addition, at LEGOLAND, Brick or Treat (see what they did there?) will be running throughout October.

If you purchase any of your Halloween LEGO via our affiliate links, it will help to support Brick Fanatics. Thanks.