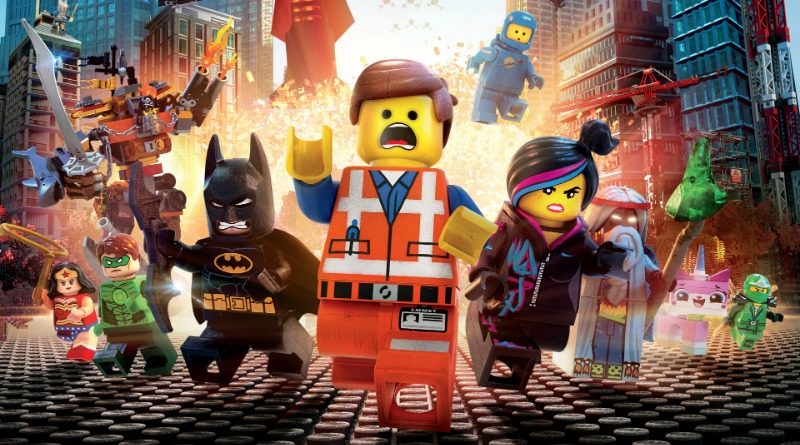 It’s been seven years since The LEGO Movie hit screens, so here are seven things you probably didn’t know about the wildly successful blockbuster.

Universally adored by critics and audiences alike (sitting at 96% and 87% on Rotten Tomatoes respectively), The LEGO Movie was a surprise hit for Warner Bros. in 2014, transcending its toy advertisement trappings to become a genuinely affecting – yet simultaneously hilarious – slice of inspired animation.

Much of that was down to the talent involved in bringing it to the big screen, from its all-star cast (including Chris Pratt, Elizabeth Banks and Will Arnett) to its writing and directing team, which consisted of dynamic duo Phil Lord and Chris Miller. Now, seven(!) years on from its Valentine’s Day release in 2014, we’re counting down seven things you might not have known about The LEGO Movie, courtesy of its Blu-ray commentary.

7 – Liam Neeson’s acting was even better than you thought

Liam Neeson provided the voice for Good Cop/Bad Cop, a dual role that saw the actor switching seemingly effortlessly between the character’s double personalities. Apparently, Lord and Miller planned for him to deliver each half of the character’s lines in different sessions – but Neeson instead insisted on swapping between them in a single session. The results speak for themselves.

6 – There’s a reference to another Lord and Miller film

Look closely at the early scenes in Emmet’s apartment, and you might spot a poster for the fictional movie Macho and the Nerd. Except it’s not entirely fictional, because that is genuinely the Russian title for 21 Jump Street. The 2012 reboot was helmed by Lord and Miller and starred Jonah Hill and Channing Tatum, who both had cameos in The LEGO Movie as Green Lantern and Superman respectively.

5 – The Old West whistling is an ode to spaghetti westerns

Replicating the distinctive spaghetti western whistle in the Old West scenes wasn’t enough for The LEGO Movie’s composer Mark Mothersbaugh: he needed the real deal. So, he turned to Alessandro Alessandroni, a man who had whistled his way through Ennio Morricone and Sergio Leone’s spaghetti western soundtracks in the 1960s. Talk about authenticity.

4 – MetalBeard and Wyldstyle were originally an item

In an early draft of the screenplay, Wyldstyle’s boyfriend was none other than the dread pirate MetalBeard. Unfortunately, Nick Offerman’s character wasn’t quite dread enough to provide a real counter to Emmet in the battle for Wyldstyle’s affections, so Lord and Miller eventually swapped in Batman. It’s tough to compete with a guy who runs around dressed like a bat, after all.

Following the destruction of the Master Builder submarine, Good Cop / Bad Cop sends a gang of Scuba Cops to search the wreckage for the Piece of Resistance. The original cut of the film featured a throwaway shot of those very same Scuba Cops slacking off and making out with mermaids, which was eventually cut for being ‘too racy’ for a kids’ film.

2 – Unikitty almost got with basically everyone

In at least two different versions of The LEGO Movie’s script, Lord and Miller tried to pair Unikitty off with another character by the end of the film. In one, she ends up with Batman (presumably after Wyldstyle ditches him for Emmet), and in another, she ends up with MetalBeard (presumably again as a replacement for Wyldstyle, given the original script had her paired up with the pirate).

When Vitruvius mixes up Dumbledore and Gandalf in the Master Builder scene in Cloud Cuckoo Land, the character exclaims: “Ah, we gotta write all that down ’cause I’m not gonna remember any of it, but here we go.” That line wasn’t in the script, but is actually an outtake of Morgan Freeman expressing his frustration at his lines getting changed. Lord and Miller clearly thought it fit perfectly, and spliced it into the final cut.