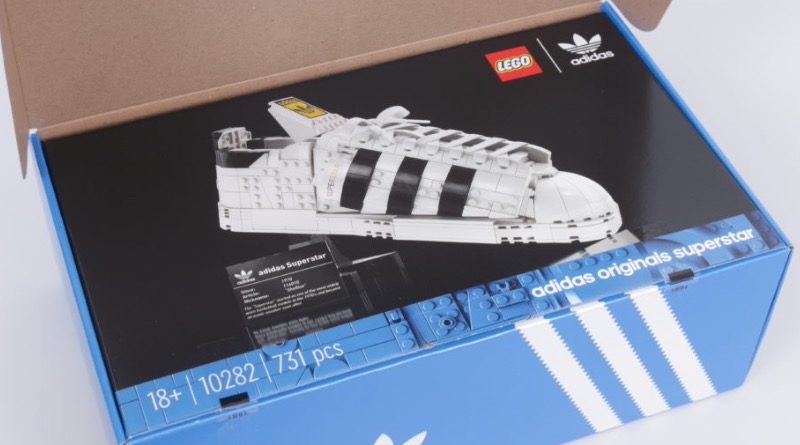 From Stranger Things and Technic to BIONICLE and the newly-revealed 10282 Adidas Originals Superstar, here are seven LEGO sets and themes that boast packaging head and shoulders above the rest.

If you haven’t seen it already, head here for a closer look at 10282 Adidas Originals Superstar’s truly unique packaging. With that shoebox-inspired design in mind, we’ve taken a deep dive into the LEGO back catalogue to recall some of the other amazing boxes that have graced shelves over the years, acting as the first impression for builders deciding where to direct their budget.

From collectible designs to concepts that matched the builds inside, here are seven times that the LEGO Group took its packaging to the next level.

LEGO DOTS is among the newer themes in the LEGO Group’s vast catalogue intending to emphasise the arts-and-crafts elements of the plastic bricks. When DOTS was revealed, it was a surprise to see that the sets came in custom LEGO tubs, with individual compartments for sorting pieces.

This design not only helped to categorise the bricks by colour and size but also allowed builders to gather some inexpensive LEGO storage solutions. Some even integrated them into their builds.

LEGO Ideas has seen some of the most unique box art designs from the LEGO Group, thanks to the wide array of themes and licences it caters to. However, arguably the best of them all came from the seven seas of LEGO Pirates.

21322 Pirates of Barracuda Bay references the original LEGO boxes from years gone by, displaying the name of the set on the diagonal yellow banner, as an outline of the same colour surrounds the build. Pair that with a treasure map-inspired version of the LEGO Ideas logo and you have a box that will remain in the minds of fans for years to come.

You can’t mention ingenious LEGO packaging without talking about the iconic BIONICLE canisters. These plastic containers replaced the cardboard boxes from other themes and were even integrated into the BIONICLE storyline.

The concept has also been reused since its first appearance in 8534 Tahu and other 2001 sets. The design changed and evolved over the years, with models such as 7116 Tahu introducing the wider cylindrical shape. They were even reborn in 2010’s Hero Factory, where the plastic pods were used in a feature of 7160 Drop Ship to send the heroic characters into battle.

You can’t talk about the best LEGO box art without bringing up 75810 The Upside Down. This LEGO Stranger Things set includes a multi-level model that depicts both the natural world and a supernatural one, full of strange and dangerous creatures.

With the set itself mirrored in design, the box art followed suit – even down to the logos – meaning this particular set can be displayed either side up on shelves. You can get a better look at the model inside in our detailed review.

The actual box for 75192 Millennium Falcon is nothing to get too excited about – at least beyond the sheer size of it, given the 7,541 pieces inside. However, when the Star Wars set was first sold in stores, it came packaged in the above cardboard outer box.

Generally speaking, shipping boxes don’t tend to have wheels on the bottom, but the weight of 75192 Millennium Falcon proved too much for the standard carrying methods for LEGO sets. As such, the LEGO Group came up with this inventive solution, which remains a part of brick history to this day.

It’s not the outer box of 42083 Bugatti Chiron that has earned it a spot in this list, but the packaging inside. The organised containers placed together holding the components of the Technic set is a work of art in itself, with the unique wheels lined up at the side, ready to immediately admire.

The rest of the boxes showcase an image of the real-life Bugatti Chiron, perfect for comparison when complete. The opposite end of these also show the rear of the vehicle, becoming a small Easter egg for builders to spot when construction is done. Its supercar successor, 42115 Lamborghini Sián FKP 37, replicated this approach with similar success.

The newly-announced 10282 Adidas Originals Superstar should easily take the crown for the most innovative, inventive and experimental approach to box design the LEGO Group has ever attempted. Replicating a traditional Adidas shoebox with all the attention to detail that requires, the set’s packaging certainly wouldn’t look out of place on the shelf of a shoe store.

Click here for a more in-depth look at the specifics of this imaginative box design, which even packs the model’s pieces in tissue paper – just like a real pair of trainers. It’s something only possible between these two brands, and will hopefully open the door to even more creative packaging design in future.