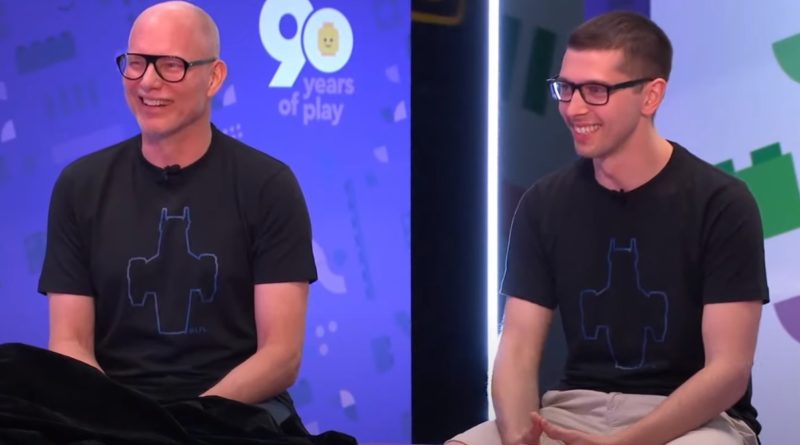 A fashion choice from two members of the LEGO Star Wars design team at LEGO CON might be hinting at the rumoured UCS Razor Crest.

During the LEGO Star Wars segment at LEGO CON, we saw a potential first look at the 2023 range for the theme, two new models launching later this year and an inside look at the Innovation House – the most exclusive building on the LEGO Campus. You might have noticed a possible hint for another build through a pair of matching shirts worn by Michael Lee Stockwell and Madison Andrew O’Neil.

The shirts worn during the show both feature a view of the outline of the Razor Crest from above with a small piece of text reading LFL, referring to Lucasfilm Limited for the copyright of the design. With rumours of a UCS Razor Crest online, it may be that the team are teasing what is yet to come for the theme.

There have already been two sets dedicated to Din Djarin’s previous space-faring vehicle of choice and rumours indicate that a third version could be on the way, though this rumour is not only unconfirmed, the source was also previously uncertain as to its details. Take that rumour with caution just in case.

These shirts may have just been to show the designers’ love of The Mandalorian and nothing more, though considering the acknowledgement of rumours online in the script for LEGO CON 2022 and the planning it must have taken to wear matching shirts, it doesn’t seem out of the question that the team are hinting at an upcoming creation.

We’ll just have to wait and see if there’s any truth to these reports, though they should still be taken with caution until officially confirmed and this article is only speculation based on what was shown at LEGO CON 2022.