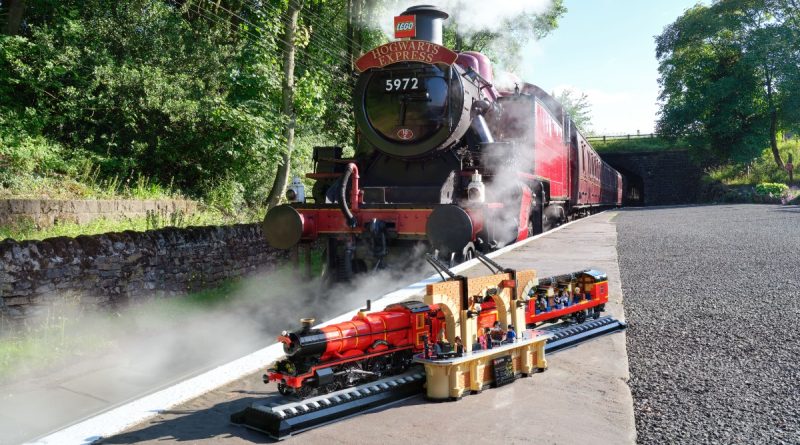 76405 Hogwarts Express – Collector’s Edition was officially revealed last week after a shipping error. However, that’s not all the LEGO Group had planned for the model as it’s the star of a new competition.

To celebrate the 188cm-long set, the LEGO Group is offering the winners of this contest a one-night experience on the LEGO Hogwarts Express train in Yorkshire, dinner and breakfast in the Great Station Hall, an overnight stay in the Hogwarts Express Common Room carriage, a Harry Potter Movie screening, return travel to Yorkshire and plenty of LEGO Harry Potter sets, including 76405 Hogwarts Express – Collector’s Edition.

To take part, head on over to the VIP Rewards Centre’s activities page and answer a quiz to have a chance at winning this prize package, of which there are only three to win, all containing everything listed above for a group of four. Provided photos give us an idea of what to expect inside the real LEGO Hogwarts Express and which sets will be ready for you to play and build with.