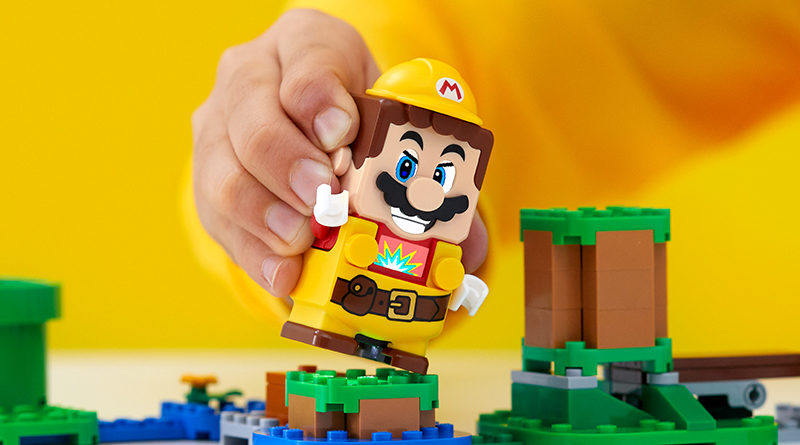 LEGO Super Mario was one of the LEGO Group’s ‘most successful theme launches’ in 2020, says the company’s CEO.

For the past couple of years, the LEGO Group has placed huge emphasis on its long-term investments, including innovating in the arena of what it calls ‘fluid play’ – or in simpler terms, a mix of digital and physical play.

The company’s partnership with Nintendo was just one example of that, but it’s one that’s already starting to pay dividends – at least according to CEO Niels B. Christiansen, who has championed the LEGO Super Mario theme in the LEGO Group’s annual financial report.

“In 2020, we saw early benefits of these investments,” he confirmed. “A strong, diverse portfolio attracted builders of all ages. The launch of LEGO Super Mario introduced an entirely new way to play and was one of our most successful new themes.”

The iconic plumber’s debut in bricks probably wasn’t what anyone expected from a possible partnership between the LEGO Group and Nintendo, with minifigures and classic sets eschewed in favour of buildable video game courses and an interactive, digital Mario figure.

It looks like that gamble has paid off for the LEGO Group, however, which probably means we can expect the LEGO Super Mario range to continue for a good while yet.

The latest batch of sets – which includes a Starter Course expansion in 71380 Master Your Adventure Maker Set, and a new poison biome in 71381 Chain Chomp Jungle Encounter, 71382 Piranha Plant Puzzling Challenge and 71383 Wiggler’s Poison Swamp – is available now at LEGO.com.

Remember, you’ll need a copy of 71360 Adventures with Mario Starter Course to get going, as that’s the only product to include the digital Mario figure. You can support the work that Brick Fanatics does by ordering your copy using our affiliate links.