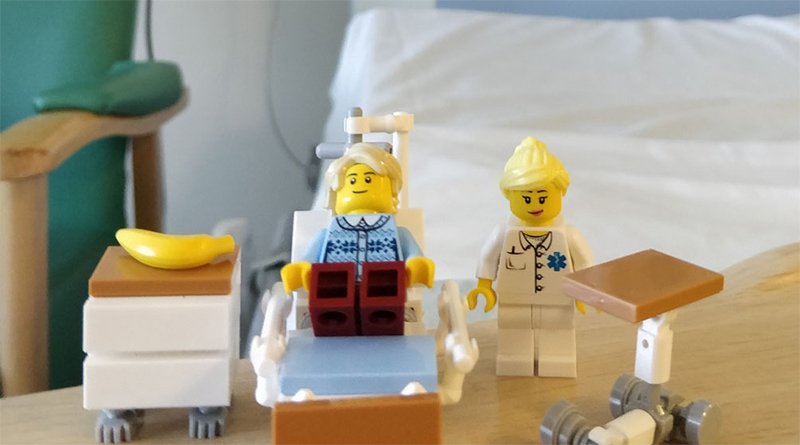 The University of Liverpool has played host to the beginning of the Big LEGO Brick Roadshow, which will see a charitable brick building going on tour.

The Big LEGO Brick Hospital is raising money for the new Clatterbridge Cancer Centre. Each brick added to the build costs £1, which is donated to the charity. The goal is to raise £500,000 for the specialist hospital and to improve existing facilities at the Liverpool hospital.

For the next four months, the model will be touring Cheshire and Merseyside, taking in schools, universities, businesses, shopping centres, retail parks and local attractions including the Liverpool waterfront, New Brighton and Warrington, the Liverpool Echo reports.

“We are thrilled to be taking the Big LEGO Brick Hospital out on the road, making sure as many people as possible can see the model and get involved,” said Katrina Bury, head of The Clatterbridge Cancer Charity. “Building a LEGO brick replica of our new cancer hospital in Liverpool is an ambitious project but we are sure our dedicated supporters and the people of the region will support us with enthusiasm and generosity.”

Those wishing to keep track of the build’s progress can visit the model at The Royal Albert Dock, and make a contribution at the fundraising website.