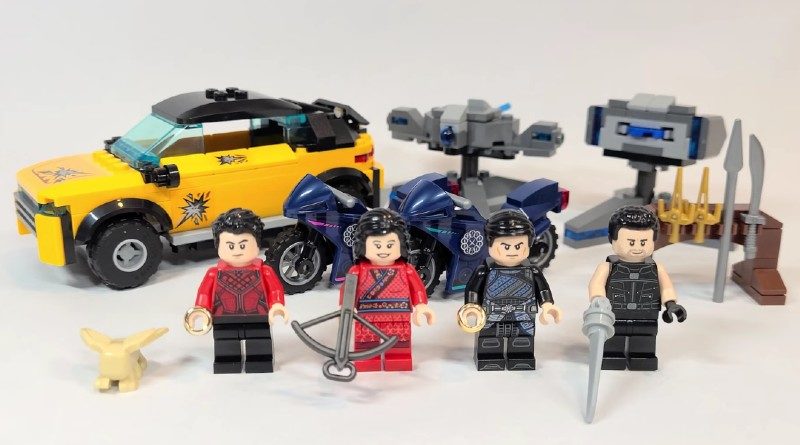 Another review has appeared for an upcoming LEGO Marvel set, this time depicting an action-packed chase from Shang Chi and the Legend of the Ten Rings.

Who needs a trailer for the latest films in the Marvel Cinematic Universe when we have LEGO sets? We’re not quite sure what’s happening with the Marvel movie at the moment but the LEGO sets are continuing to appear in stores, giving us the first look at 76176 Escape from the Ten Rings.

This comes just after the first review for 76177 Battle for the Ancient Village popped up online. However, this latter review comes from YouTuber AshnFlash who found the set early at Canadian retailer Mastermind Toys.

The set comes with a yellow car with some damage details and two motorcycles covered with the emblems of the Ten Rings, the antagonist organisation in the movie. Also included are two turret builds and a small weapon rack.

Four minifigures appear in the model, two of which are exclusive to this set, as well as four of the ten rings. This means that if you collect both Shang-Chi models, you should able to complete the collection of rings with the help of some spare parts.

Morris, who uses a new element, also appears in this model and closely resembles a Dijiang from Chinese mythology. Although the film is set to release on September 3 there has been no trailer or screenshots released, so we’ll keep you updated when we learn of a potential release date for these builds.