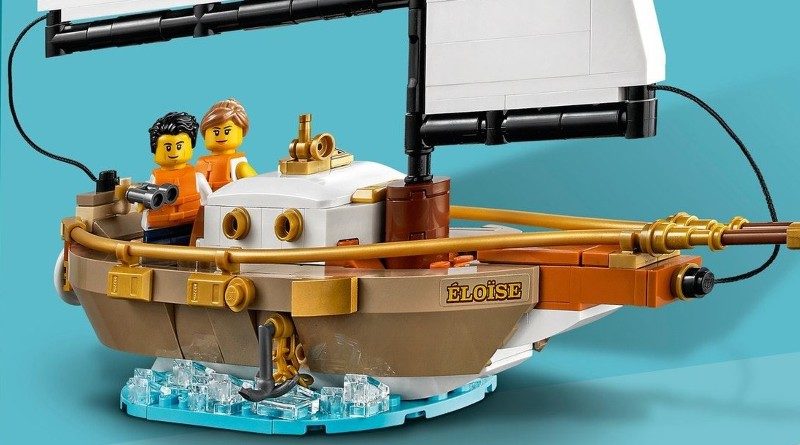 The latest addition to LEGO Ideas still has stock remaining whilst other new sets have been quick to sell out on the official online store.

LEGO Ideas 40487 Sailboat Adventure, which is currently in an early access offer period for VIP members, has managed to float safely amidst of the August 1 shoppers, which have caused a new Star Wars: The Mandalorian model to quickly sell out.

Previous LEGO Ideas gift-with-purchase builds, including 40448 Vintage Car, have been quick to sell out especially when plenty of fresh sets launch on LEGO.com, as they have done recently worldwide.

With two minifigures, a detailed ship and a small pod of dolphins splashing out of the brick-built water, the contest-winning model features one of the highest price thresholds for a LEGO promotion to date, likely due to the size of the creation with 330 pieces.

LEGO Ideas 40487 Sailboat Adventure may yet sell out on the official online store as the VIP early access lasts until August 4, when the deal will be available for anyone and everyone.

Reaching the £200 / $200 / €200 requirement won’t be a problem from August 1 as plenty of models have just launched, including the wide release of another LEGO Ideas build – 21328 Seinfeld. It may even be possible to stack your order with the other deals currently live on LEGO.com, including a Marvel polybag.