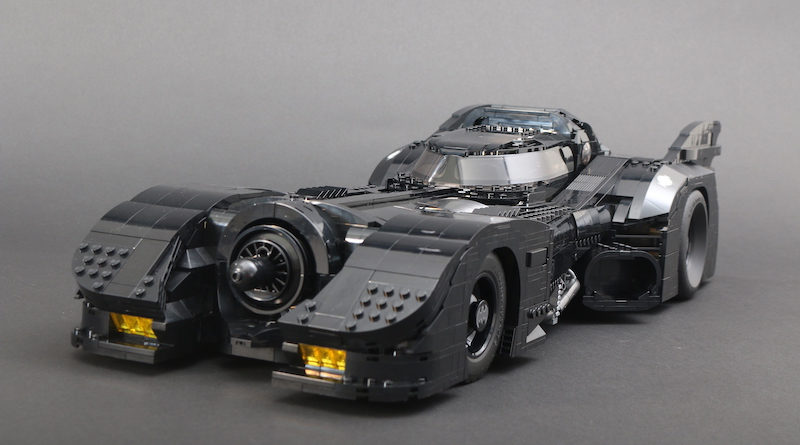 The LEGO Group has made a mid-production update to LEGO Batman 76139 1989 Batmobile, changing the elements used for the iconic vehicle’s roof.

Zusammengebaut reports that the company is currently shipping an updated version of the enormous tribute to Tim Burton’s Batman. Instead of the matte 6×6 tile originally used for its roof, the new edition uses three glossy 2×6 tiles. You can see the change in the online instructions for the set.

The shiny texture of the new tiles is definitely more consistent with the rest of the car’s sleek profile. Fortunately, it’s a tiny amendment – and an easy one to make for yourself, even if you already own 76139 1989 Batmobile. If you don’t have three black 2×6 tiles to hand, you can order them through LEGO Bricks & Pieces for just 28p each.

To access any parts through the Bricks & Pieces system, you’ll either need to identify a set that contains the part you need, or use the specific piece ID. The black 2×6 tile is numbered 6318582, and is currently available in 21324 123 Sesame Street and 71374 Nintendo Entertainment System. Either type the ID number in or search for either of those sets, and scroll through the resulting part list until you find the tile. Then just add three to your basket, and head to the checkout.

Of course, to save paying £3.95 delivery on an 84p order, you might want to bundle in some other pieces or LEGO sets at the same time. And if you need a better excuse to part with your cash, the LEGO Group is currently offering a free Holiday Gift Set with a £40 spend, and a free 40416 Ice Skating Rink with a £150 / $150 spend.

Either way, it’s far cheaper than simply buying another Batmobile. But if you don’t own the impressive rendition of the 1989 vehicle yet (or your collector brain tells you that you need both versions), you’re in luck: it’s recently raced back into stock at LEGO.com.

This isn’t the first time the LEGO Group has amended an already-released set. Back in 2019, the company swapped out a minifigure in LEGO Star Wars 75188 Resistance Bomber. That change was mysteriously made at the end of the set’s lifespan, though, so most markets never had the chance to get their hands on the updated set. 76139 1989 Batmobile, on the other hand, should be around for a while yet.