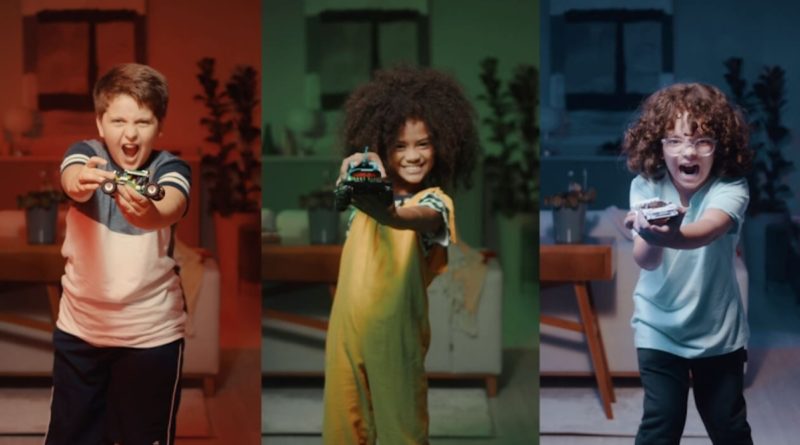 The LEGO Group will be encouraging kids to ‘Brick the Rules’ to build and play with imagination in the company’s latest advertising campaign.

Creativity, imagination and play are all at the heart of everything that the LEGO Group does. That also extends to the way the company advertises its product, with concepts and media campaigns that are usually fun, inventive and memorable.

Now the LEGO Group has revealed a first look at a video that will be encouraging kids to ‘Brick the Rules’. The new campaign will be rolled out in the UAE, KSA and South Africa, with social media, posters and in-store material backing up the promotional push.

In the video, a man is seen leaving three kids in a spotlessly-clean living room with strict instructions not to play in there. Of course, that’s like a red rag to a bull and complete chaos soon unfolds with LEGO pieces everywhere, models created and the room trashed. When the adult returns, the room has been miraculously transformed back to normal, mostly thanks to the magic of editing.

Although there are plenty of LEGO pieces to be seen in the advert, the campaign doesn’t seem to be promoting any specific sets or themes. However, a few existing vehicle-based LEGO sets can be spotted in the video, including 42134 Monster Jam Megalodon, 31123 Off-road Buggy and 76908 Lamborghini Countach.

The advertising studio behind the video, Grey Dubai & Grey Singapore, states that the idea behind the concept was to encourage kids to get their creativity flowing through play, which the campaign video certainly seems to achieve.