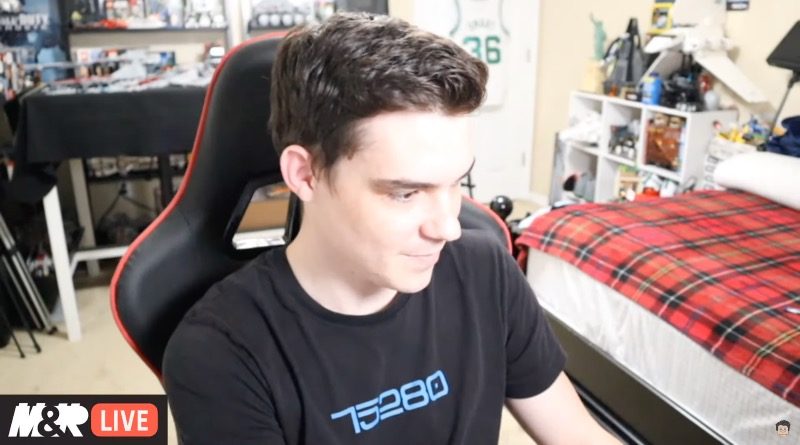 The LEGO Group has removed YouTuber MandRproductions from its LEGO Ambassador Network, revoking his status as a Recognised LEGO Fan Media.

Ryan McCullough’s relationship with the LEGO Group has been pretty fraught in recent weeks. Back in January, the YouTuber uploaded a list of LEGO Star Wars sets rumoured to be arriving this summer. The LEGO Group responded by threatening him with a copyright strike.

That relationship now appears to have broken down completely, resulting in the LEGO Group removing Ryan from the LEGO Ambassador Network. If you’re unfamiliar with the LAN, it’s the cornerstone of the company’s communication with its recognised communities, including LEGO User Groups and LEGO Fan Media (such as Brick Fanatics).

MandRproductions has been part of that network for roughly a year and a half, but is now no longer listed among the LEGO Group’s recognised communities. Last night, Ryan held a livestream through his YouTube channel, explaining why he feels the LEGO Group has taken action and his response to the decision.

You can check out the hour-long video by hitting play above, but he essentially says there was no one reason for his removal from the LAN. Instead, a multitude of reasons were at play – possibly including his review of a LEGO strip club model and a joke he made about clone brand Lepin. He also states he was told he’s the only YouTuber on the LAN who’s received complaints, though it’s not clear who was responsible for those complaints.

For his part, Ryan says he has no plans to reapply to the LAN, and will instead take the opportunity to create content unburdened by any working relationship with the LEGO Group. “It is hard to be 100% authentic being in the program for that amount of time,” he says. “It’s tough to go out there and say what you want.” (At one point, the YouTuber claims the LEGO Group told him to ‘stop calling LEGO stupid’.)

The LEGO Group hasn’t revealed its specific motivations behind removing Ryan from the ambassador program, but has offered a brief statement: “This decision wasn’t made easily, and due to privacy regulations, there isn’t much we can disclose about the details.

“MandRProductions has been a powerful voice in the community, and we have no doubt that his channel will continue to have value to many fans, however it is our decision it just doesn’t fit within our Recognized Community Program.”

That seems to correspond with Ryan’s own summation that his brand values ‘don’t align’ with those of the LEGO Group, which may ultimately be where the company drew the line. Either way, the YouTuber says he’s still planning to continue his channel as normal – he’ll just no longer have the support of the LEGO Group while doing so.