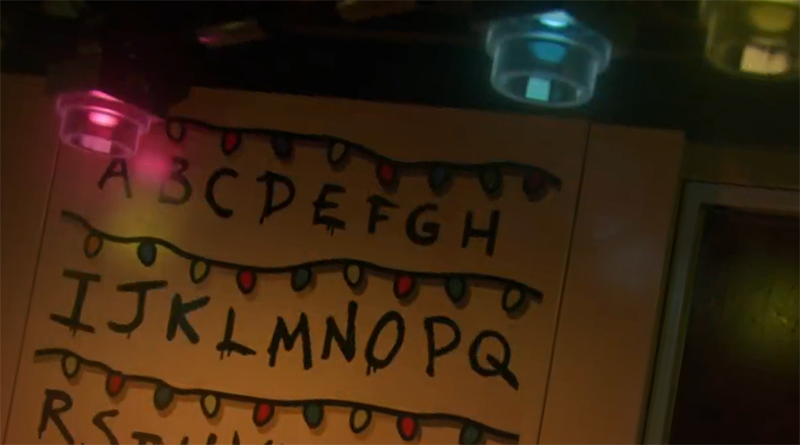 Tonight, the LEGO Group will launch Stranger Things 75810 The Upside Down in London and New York, and has told fans to “run” in the latest social media tease.

On Facebook, the LEGO social media team has shared a little animation that recreates Joyce’s communication system from Stranger Things using LEGO bricks. The alphabet on the wall is being lit up by trans stud fairy lights, and keeps flashing over the letters R-U-N. Alongside the video is a caption, that reads: “Are you ready to unlock this door? It’s not Will this time. This message is from us.”

Fans will find out what LEGO Stranger Things 75810 The Upside Down tonight, when the set launches in London and New York.

Brick Fanatics has rounded up all of the information that has been released so far, to see what it all adds up to.