The LEGO Store February calendar reveals that packs of The LEGO Movie 2: The Second Part trading cards will be given away free with qualifying purchases.

With The LEGO Movie 2: The Second Part due for release in February, the LEGO Store – at least in the USA – will be giving away free packs of exclusive trading cards. Between January 16 and February 24, any purchase worth $15, or three packs with any purchase worth $40. Additionally, VIP card holders will get a free collector album and foil card with a $15 purchase. 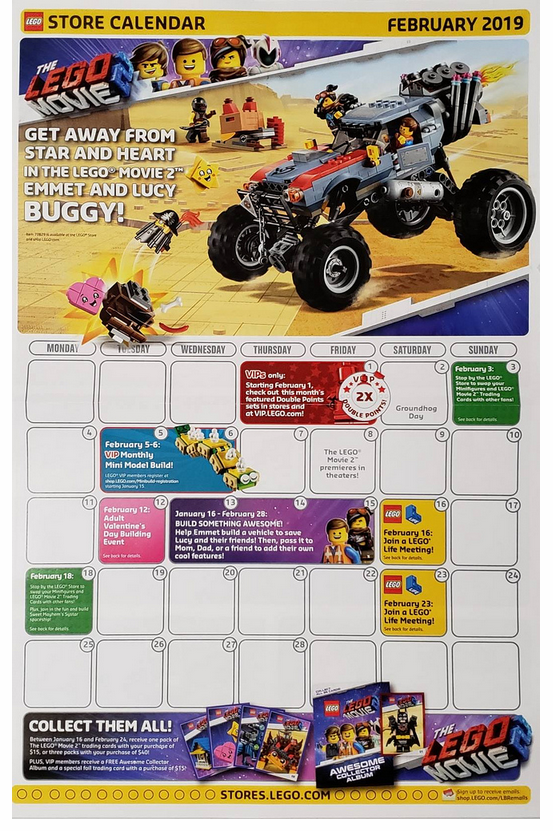 The promotion is revealed on the February LEGO Store calendar, which has been shared on Flickr. It is not a long time to collect them all, but it is unlikely that there will be a huge amount to collect. The promotion is running in the USA, with no word yet on if it will be available worldwide.

In other The LEGO Movie 2: The Second Part news, the official names and images for the new series of Collectible Minifigures are now available. McDonald’s will soon launch a Happy Meal promotion for the film, with the UK dates confirmed.