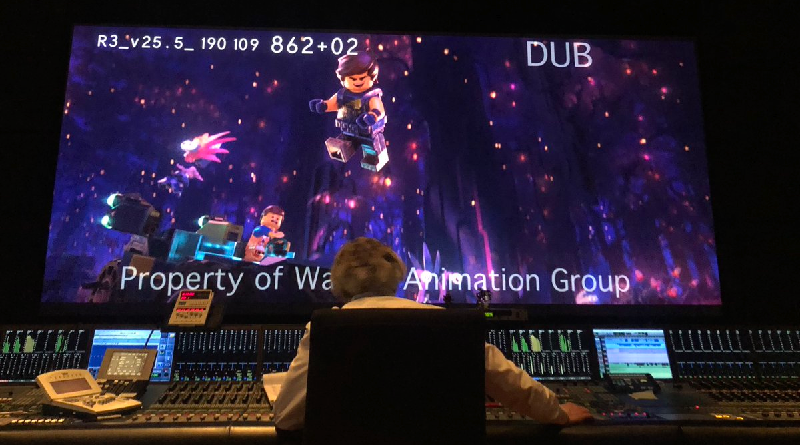 The LEGO Movie 2: The Second Part has wrapped production ahead of its February 8 release date.The

The LEGO Group’s Vice President of Design, and Executive Producer on the movie, Matthew Ashton announced on Twitter that The LEGO Movie 2: The Second Part has reached the finish line.

Just got word from my friends in #HOLLYWOOD: #TheLEGOMovie2 is done and dusted and ready to hit the big screen on Feb 8th!

Thanks to everyone involved for all your hard work, this is incredibly exciting! @chrizmillr @philiplord and the rest of the gang! pic.twitter.com/MVSABuJRg3

It follows a tweet from Chris Lord, another of the film’s Executive Producers and one of its co-writers, sharing this image from the sound mix last week:

With everything locked, fans now just have to sit tight until February 8 when the movie will arrive in cinemas, four years after The LEGO Movie took the movie going public by surprise.

In the new film, the citizens of Bricksburg are living in its ruins, as the city has been destroyed by DUPLO aliens. They have constructed a new world from the old, now living in the decidedly dusty Apocalypseburg, a heckish place to be. Things will change when Sweet Mayhem arrives to kidnap Emmet’s friends, sending the construction worker on a mission into space to rescue them.