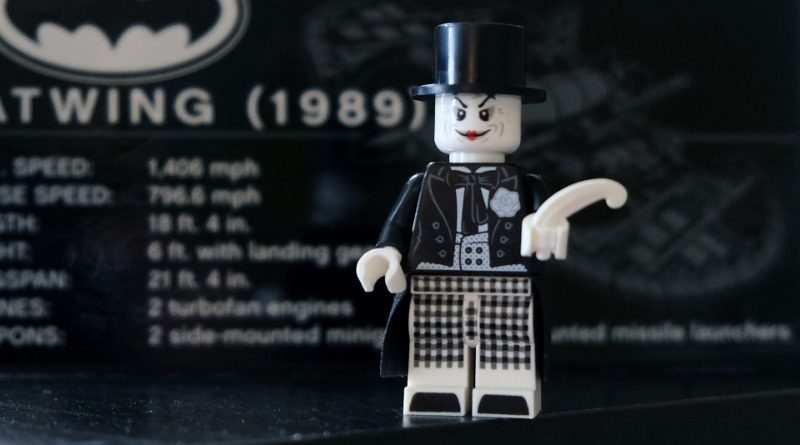 If any single minifigure could ever justify the introduction of the LEGO Group’s 18+ label, it’s Jack Nicholson’s Joker.

Not the purple-suited version included with last year’s 76139 1989 Batmobile, though. No, we’re talking about the minifigure included in 76161 1989 Batwing, which is just days away from release (check out our review here). The character’s design in the new LEGO Batman set draws upon a very specific moment in Tim Burton’s Batman. And it’s actually super dark.

In case you aren’t familiar with the scene in question, we’ll bring you up to speed. Gotham crime lord Vinnie Ricorso has just exited City Hall after filing an affidavit to give him control of his boss Carl Grissom’s businesses. (Grissom was recently murdered by Joker.) And as he speaks to the gathered press, a group of mimes begins performing around the crowd.

One of those mimes is, of course, Joker himself, who’s looking to remove any obstacles standing in the way of his grand plan to take control of the city – including Ricorso. As the journalists grill the crime lord over the legitimacy of his affidavit, Joker spins around and grins, “It is legitimate. I saw it. I was there. I saw it all. He reached up with his dead hand and signed it in his own blood. And he did it with this pen.”

The supervillain is referring to the enormous quill pen he’s holding. Just like the quill piece included in 76161 1989 Batwing. You can probably see where this is going.

“Hello, Vinnie,” Joker snarls. “It’s your Uncle Bingo. Time to pay the cheque.” And with one clean motion, he sinks the quill into Ricorso’s throat, killing the crime lord where he stands. It’s a pretty graphic scene, which you can watch in full over on YouTube.

While Batman is technically rated 12 in the UK, you have to wonder whether this minifigure would ever have been released without the LEGO Group’s 18+ tag. Yes, Joker has committed so many heinous crimes that singling out just this one might be pointless. But the costume calls to a very specific act of violence.

For comparison’s sake, Star Wars: Revenge of the Sith also has some very dark moments. And while we’ve had Darth Vader minifigures aplenty, we’ve never had an “Anakin vs. the Younglings” set. (Maybe that will be the next 18+ Star Wars set?)

As adult fans of LEGO writing about LEGO targeted towards adults, we’re obviously not complaining. 76161 1989 Batwing’s Joker variant is an awesome minifigure, after all. We’re just surprised – and curious to see how far the LEGO Group is willing to push its own family-friendly boundaries.

76161 1989 Batwing will launch for VIPs on October 21, and everyone else on November 1. Check out our review here, and click through to order your copy when it goes live on LEGO.com. If you do so using our affiliate links, we’ll be able to keep bringing you the best Bat-content around.