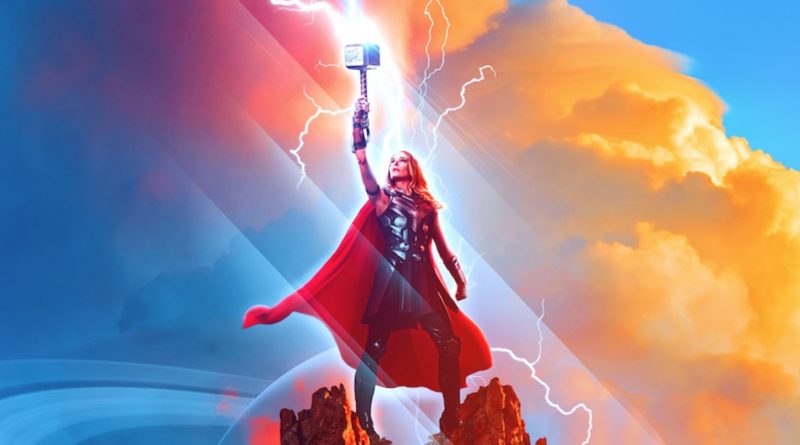 A new image released from the upcoming Thor: Love and Thunder reveals links to both a Disney+ show and another Marvel Studios sequel.

The first trailer for the fourth Thor movie dropped recently, with the Marvel Studios summer blockbuster introducing the world to both a new-look God of Thunder and Jane Foster’s Mighty Thor. The studio has also confirmed that another trailer for the superhero sequel will be arriving next week during the NBA Eastern Conference Finals.

From the footage we’ve seen to date, it appears that Thor will be taking something of a godly road trip, visiting other realms and meeting deities such as Russel Crowe’s Zeus. Now a new image released by Marvel Studios has revealed that other immortal characters may also be appearing, linking to both a Disney+ show and an upcoming 2022 superhero sequel.

The image shows Natalie Portman’s Mighty Thor sat next to Tessa Thomson’s Valkyrie on ornate thrones. In the bottom right of the picture is a character in a panther-like costume rumoured to be Bast, a male Egyptian god with ties to both Moon Knight and Black Panther.

Bast was introduced in the live-action Disney+ show and in the Marvel Cinematic Universe is also the female goddess who led the first Black Panther to the heart-shaped herb – the source of the Black Panther’s powers. Casting details for Thor: Love and Thunder state that Akosia Sabet will be playing the character of Bast in the film and could also appear in Black Panther: Wakanda Forever later this year.