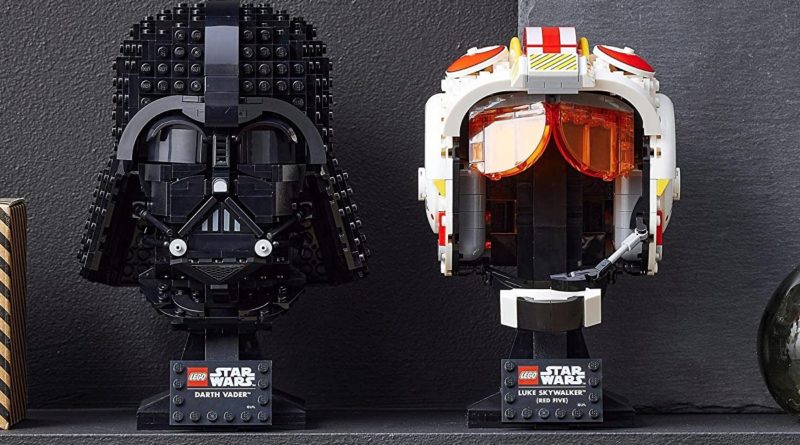 Amazon Poland has revealed images for two new LEGO Star Wars helmets, including one for The Mandalorian and Luke Skywalker’s pilot gear.

Both 75327 and 75328 have been listed on Amazon Poland, revealing a full gallery of images for each of the upcoming LEGO Star Wars Helmet models. Official names and prices for each are not included on the listings.

The first depicts Luke Skywalker Red Five pilot helmet with an open design and chinstrap, as well as a microphone to relay and receive commands. Printed designs wrap across the helmet including Rebel insignia and other details that are accurate to its movie appearance.

The other that has been revealed is for Din Djarin himself, the star of The Mandalorian. The character’s helmet is captured in bricks in a similar style to 75277 Boba Fett Helmet. The difference is that 75328 uses drum-lacquered silver elements to achieve a shining effect on the rims of the helmet, but not the entire model as it is the Disney+ series.

These listings follow rumours that stated these two helmet sets were on the way, and the gallery of images from the official retailer potentially confirms that the sets will launch in the future, though there has been no announced release date or price at the time of writing.