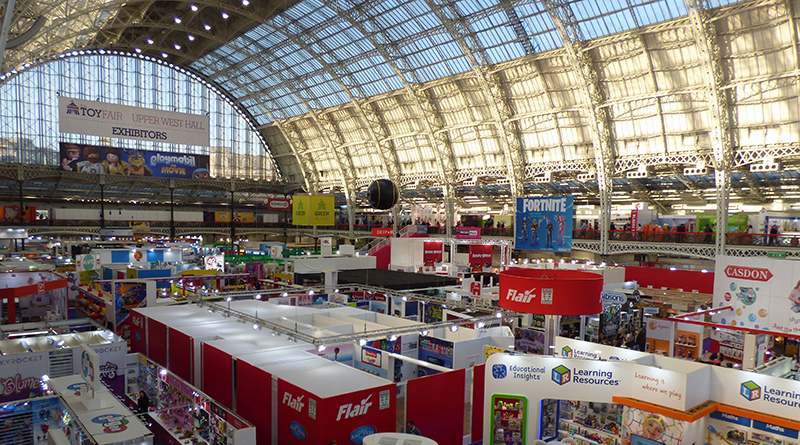 During 2018, toy sales declined by 7% in the UK, with the downturn attributed to the closure of Toys R Us, political uncertainty and a poor year for licenced products.

The UK toy market saw a 7% decline in 2018, the British Toy and Hobby Association (BTHA) and the NPD Group announced during London Toy Fair 2019. It has been attributed to the closure of the entire chain of UK Toys R Us stores, a bad year for licensed toys and political uncertainty surrounding Brexit.

Some sectors within the toy industry did well, including collectables – which includes bling bags and mystery products – which increased by 32%.

Around the world, toy sales have decreased in France, Spain, USA and Australia. Globally, the UK is fourth largest toy market and the largest in Europe.

“Any sector would be disappointed to announce a dip in the market, but there are mitigating reasons behind the decrease, some of which are one off events, so the UK toy industry has a number of reasons to be very positive for 2019,” said Natasha Crookes, Director of Public Affairs and Communications at the BTHA. “Losing a major retailer like Toys R Us, played a pivotal role in the downturn during the early part of 2018, due to discounting of stock. Add to that a year with no major film licenses, a dip in consumer spending and uncertainty for industry around Brexit, all combining to create a difficult year.” 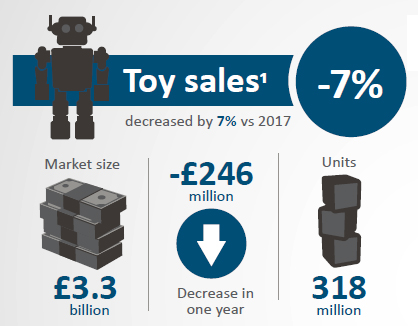 Despite the decline last year, the BTHA is expecting an improved outlook in 2019.

“2018 was difficult for the toy industries across the world, with several countries seeing a decline,” said Frederique Tutt, global toy analyst at the NPD Group. “Despite the tough conditions, toy specialist retailers did well in the U.K., which was a positive boost to a struggling high street. This perhaps reflects a return to the theatre created by toy shops that bring the wonder of toys alive.

“Looking forward, 2019 has the potential to produce significant growth for the UK market thanks to a
stellar line up of movie releases and the comeback of old favourite brands. We would expect this to
drive incremental spend in the category.”