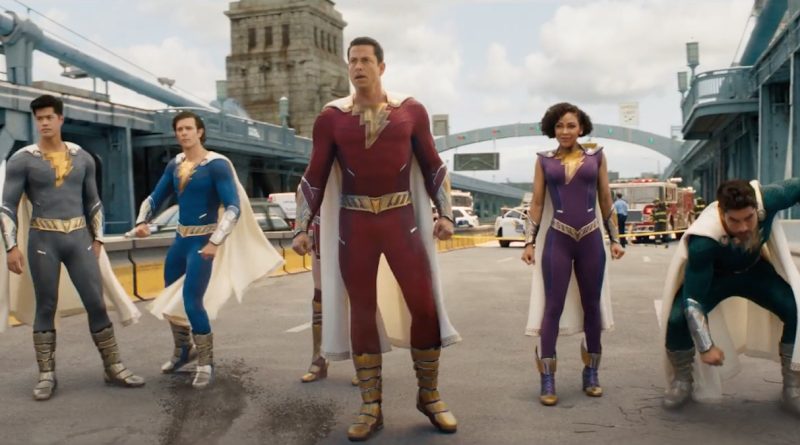 Warner Bros. took to the stage in Hall H at SDCC today to reveal more details of its upcoming slate of DC superhero movies.

Saturday is always one of the most-anticipated days at San Diego Comic-Con, with industry big guns rolling out reveals, first look trailers and special surprise celebrity guests. With Marvel Studios due to host a panel later in the day, it was Warner Bros. up first and hoping to make a big splash in Hall H, the largest room available at the show.

The studio kicked things off with a full trailer for SHAZAM! Fury of the Gods, which will be unleashed internationally on December 15. The sequel sees returning star Zachary Levi as Billy Batson’s alter ego, joined by his superpowered family to battle Helen Mirren’s villainous Hespera. The first footage from the upcoming movie looks just as fun as the original, with plenty of characters and creatures that could potentially make great LEGO minifigures and sets.

Up next from the studio was Black Adam, with superstar Dwayne Johnson appearing on stage in full costume. The long-in-development movie releases worldwide from October 20 and features the big screen debut of Justice Society of America characters Doctor Fate, Atom Smasher, Hawkman and Cyclone. It was revealed at the panel that the final cut of the film had been locked last night and attendees were then treated to some exclusive new footage plus a free IMAX ticket to watch Black Adam when it’s released.

Sadly, there were no updates regarding The Flash, with the movie reported to still be on track for 2023, despite issues with its troubled star, Ezra Miller. Rumours of a potential tie-in LEGO set for the film emerged recently, with the tentatively-titled 76221 Batmobile: Flash Tracking listed by a Romanian retailer.