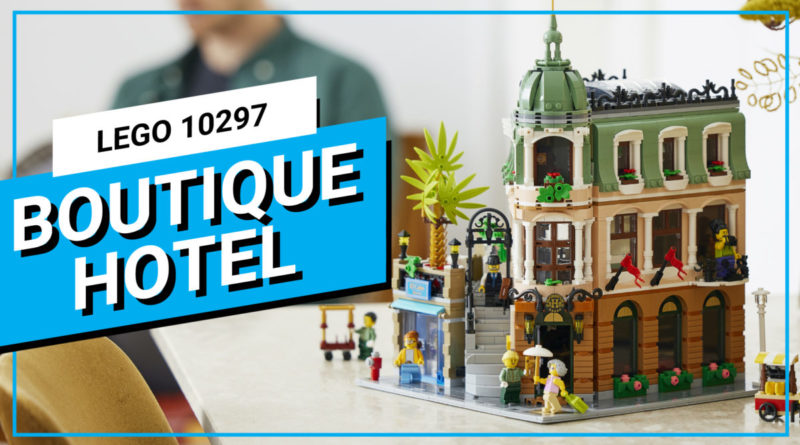 Watch as we introduce the latest LEGO modular building, 10297 Boutique Hotel, which will arrive in January to celebrate the subtheme’s 15th anniversary.

The first instalment in the retroactively-renamed Modular Buildings Collection arrived all the way back in 2007 in 10182 Café Corner, before a second building under the Factory theme – designed by a LEGO fan – followed shortly after in 10190 Market Street.

Those two sets would get the ball rolling on an annual Creator Expert (now LEGO for Adults) subtheme that’s still going strong 15 years later, heralded by the announcement of 10297 Boutique Hotel. To find out more about this 3,066-piece addition to the line-up, hit play on the video below or head over to the Brick Fanatics YouTube channel.

We should point out that in the press kit provided to us ahead of this set’s embargo, the LEGO Group informed us that the UK price point was £179.99. The actual price of 10297 Boutique Hotel on LEGO.com is £174.99, which is even better value than we’d originally anticipated to say it’s the second-largest LEGO modular building of all time.

For more on 10297 Boutique Hotel, check out our detailed review, along with eight great (and four slightly tenuous) references to previous modular buildings.