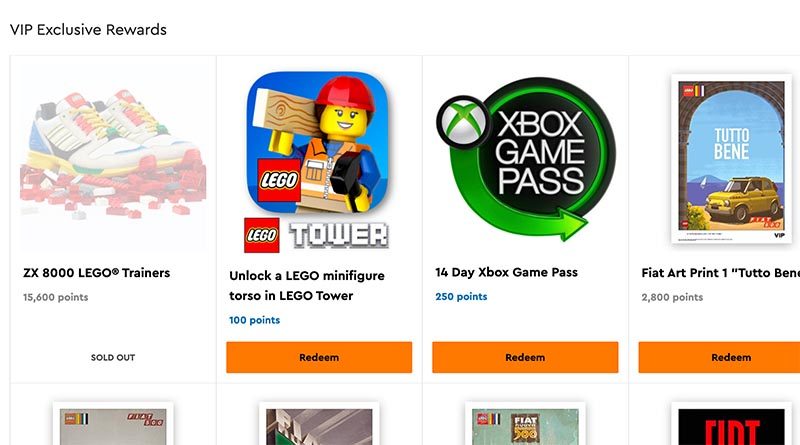 Within a matter of minutes, the limited stock of LEGO trainers from the Adidas A-ZX Series ran out.

At 9.00am, the LEGO.com VIP Reward Centre offered a limited selection of Adidas A-ZX Series LEGO trainers, in exhcnage for 16,000 points. That’s the equivalent of £100. Very, very few pairs of sneakers must have been made available for the promotion as they all sold out within one minute.

Fans still have a chance of owning the in-demand LEGO shoes, as raffle tickets are available for 50 points. There’s only one pair in each size for the draws, but those with plenty of points might want to give it a try. The draw closes on October 11.

The promotion raises the question of who the rewards in the LEGO VIP Reward Centre are for, as the vast, vast majority of fans miss out on the very exclusive physical rewards.