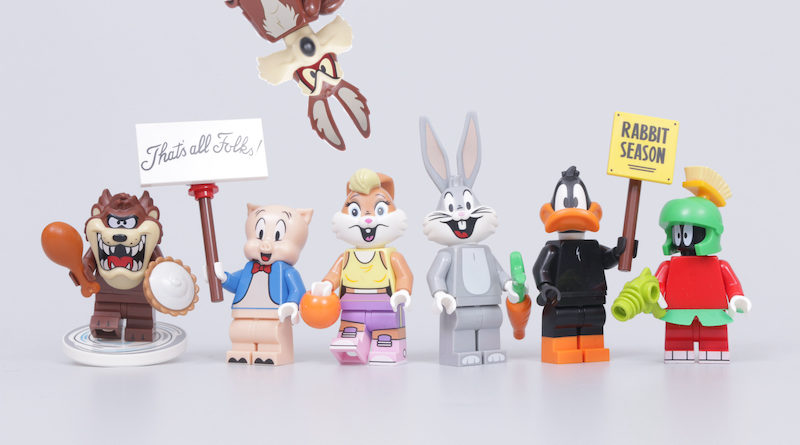 If your full box of LEGO 71030 Looney Tunes Collectible Minifigures is missing Wile E. Coyote, here’s what you should do.

The latest series of blind-bagged characters is about to arrive on shelves, and while the LEGO Group typically doesn’t sell full cases of its Collectible Minifigures, plenty of third-party retailers do. And if you’re among the collectors who’ve snapped up an entire box of 36 Looney Tunes characters, you’ll hopefully find yourself with three complete sets of 12 minifigures.

That distribution isn’t guaranteed across every case of Collectible Minifigures, however – case in point, Brick Fanatics’ review copy was originally missing Wile E. Coyote. In his place were three extra copies of Road Runner, for a total of six in one box.

According to the LEGO Group’s Engagement Team, the responsibility lay with a simple production error – one that has since been rectified, as you’ll see in our updated review – and while it’s apparently not widespread, it’s still worth knowing what to do if it happens to you.

The good news is that the answer doesn’t involve simply going out and buying more blind-bagged minifigures until you chance upon your own Wile E. Coyote. The bad news is that it also isn’t quite as simple as the LEGO Group instantly sending out a replacement character, predominantly by virtue of their mystery nature.

The LEGO Group’s Engagement Team says the ‘appropriate’ response would be to contact the company’s Customer Service department and explain the issue. However, they also admitted that ‘it will be a challenging dilemma to solve as the process is blind’.

That suggests there’s potentially no particular solution in place right now, but given the problem is thought not to be widespread – and early batches of minifigures found in the US would suggest as much – it’s perhaps no wonder the LEGO Group isn’t pulling out all the stops to rectify it at the moment.

Whether that changes with the launch of 71030 Looney Tunes – and as complete cases are delivered to both retailers and consumers – will likely hinge on just how truly widespread this production error is, or whether it genuinely was restricted to only those review copies sent out early to LEGO Fan Media.

For now, the best you can do if you do encounter the error is to contact the LEGO Group’s Customer Service department and let them know. If you have trouble resolving the situation, drop us a line at [email protected] and we’ll follow up for you.