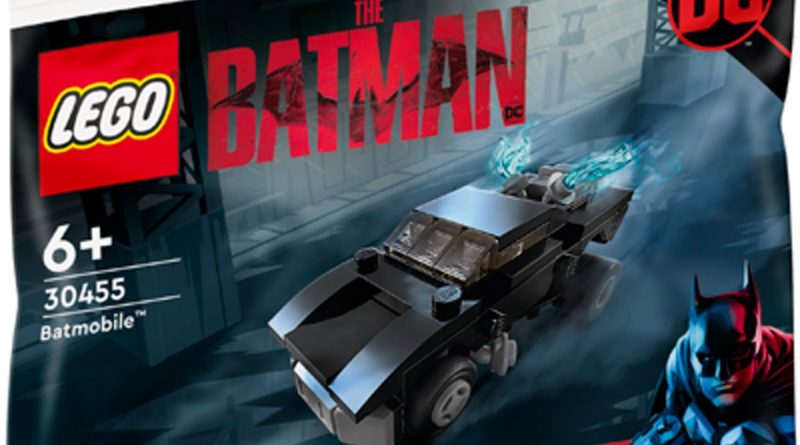 With a number of 2022 polybags already out in the wild, we still don’t know when the LEGO The Batman 30455 Batmobile will be available.

Back in December we were treated to our first looks at a selection of exciting LEGO polybags due to be launched in 2022. These included Monkie Kid, NINJAGO, CITY, Friends and many more. Some of these items have since dropped, either as GWPs or in retails stores such as Asda in the UK.

However, there are still a handful of 2022 polybags that have yet to arrive. These include 30443 Spider-Man Bridge Battle, 30432 The Turtle Beach and 30455 Batmobile. All of these sets have appeared on the official online store in the Building Instructions section, giving us a glimpse at how they’ll be constructed.

30432 Turtle Beach could conceivably arrive in the summer when new LEGO Minecraft sets are rumoured to appear and 30443 Spider-Man Bridge Battle might somehow tie-in with the DVD and Blu-ray release of Spider-Man: No Way Home. Yet it’s 30455 Batmobile that’s the real puzzler.

The upcoming Matt Reeves The Batman is due out this week and there are currently four LEGO The Batman sets available for purchase: 42127 The Batman – Batmobile, 76179 Batman & Selina Kyle Motorcycle Pursuit, 76181 Batmobile: The Penguin Chase and  76183 Batcave: The Riddler Face-off. With no sign of 30455 Batmobile as a GWP, cinema promo or even available in stores for purchase, we’re left wondering when the set will arrive.

Whilst it’s certainly possible the polybag could still turn up soon, it’s just as conceivable that the set may be pushed back further into the year, possibly to coincide with the home video release of the new DC movie. For now, we’ll be keeping our eyes peeled for any sign of 30455 Batmobile roaring into stores or online in the near future.