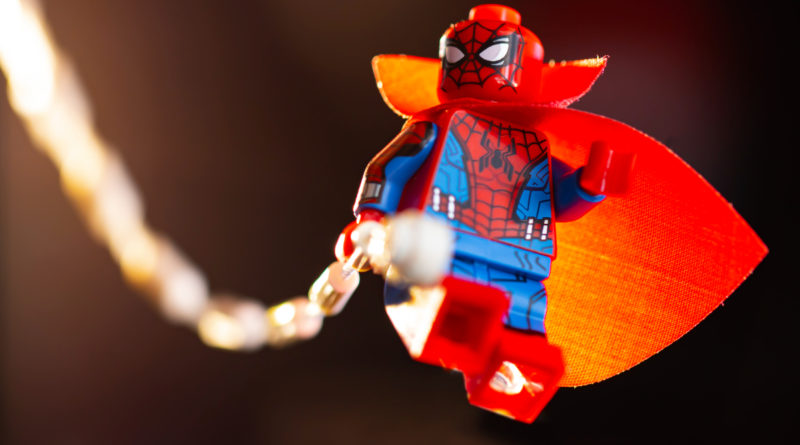 LEGO 71031 Marvel Studios‘ Zombie Hunter Spidey swings into the first Collectible Minifigures series of its kind, but who is this caped character?

71031 Marvel Studios depicts some of the most iconic and recognisable superheroes from the Marvel Cinematic Universe, but the new minifigure of Spider-Man seems to be from a slightly darker timeline than most versions of the web-slinger and appears to be wearing Doctor Strange’s favoured Cloak of Levitation.

Marvel’s What If…? streaming series aims to retell the story of the MCU but with one key twist in the overall narrative. This might mean that a familiar Wakandan takes on the role of the cosmic outlaw Star-Lord or that Earth’s mightiest heroes never assembled.

It appears that one alternate reality from an upcoming episode will see Doctor Strange left without his iconic cape. As one pair of the zombie-related minifigures in 71031 Marvel Studios, Zombie Hunter Spidey spells trouble for Zombie Captain America.

An upcoming episode of Marvel’s What If…? will presumably take inspiration from the Marvel Zombies run of comics. That story saw the superpowered heroes fall to a deadly virus, bringing them back as brain-seeking agents of the undead and was written by The Walking Dead creator Robert Kirkman. As is the typical fare with zombie stories, some heroes survive and must attempt to live in this warped, chaotic reality.

With the Marvel Cinematic Universe adopting this storyline, there are sure to be some changes to adapt to the characters featured in the franchise. At least one of these survivors will be Spider-Man who manages to acquire Doctor Strange’s Cloak of Levitation, opting for the older fabric rather than the new piece in 76185 Spider-Man at the Sanctum Workshop.

Marvel’s What If…? allows for some of the most creative endeavours in the Marvel Cinematic Universe yet with all stories being canon to the overall story but not necessarily having any effect on it due to them being contained within the wider multiverse. Despite that, Zombie Hunter Spidey’s minifigure should be an accurate representation of the web-slinger no matter the reality.

With the combination of side printing, arm detail and dual moulded, the Spider-Man in 71031 Marvel Studios is undoubtedly the best version of the hero to date, with every inch of the character covered in extensive designs that only the budget of Collectible Minifigures can allow for. We’ve got an early review of the entire series for you to dig into and check out what you can expect in Zombie Hunter Spidey.

for tips on how to track down your own copy of Zombie Hunter Spidey or any of the minifigures in 71031 Marvel Studios check out our in-depth guide to the distribution of characters in a full box, and how many of each are contained within.

71031 Marvel Studios will be available to purchase from LEGO.com, in LEGO Stores and across other retailers from September 1 in most regions. We’ll let you know as soon as that are live on the official online store.