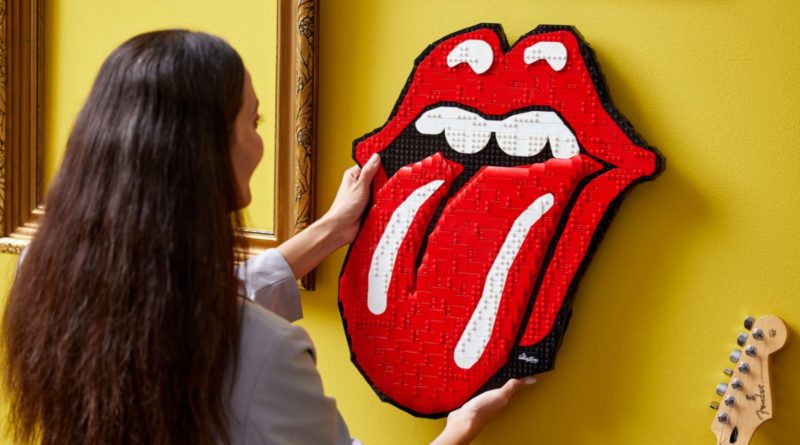 LEGO Art sets have one thing in common, in that they’re all two dimensional. But Art comes in many forms, and it’s not all flat.

Art comes in many forms, much of it terrible and / or pretentious. But good art can be like chicken soup for the soul. (Vegan and vegetarian alternatives are also available.) And with so many forms of art available, it’s strange that the LEGO Group, and in particular, the Art design team, have restricted themselves to recreating paintings.

Take a look at the Art section of LEGO.com and, with the exception of some jigsaws, it’s all flat, two dimensional images, much of it taken from popular culture. Elvis, Mickey Mouse, Batman and Harry Potter imagery sit alongside the Rolling Stones’ iconic ‘lips and tongue’.

A couple of original sets are also in the line up which is completed by 31203 World Map which has the dubious honour of being the largest set (by piece count) while having, potentially, the least useful parts catalogue of any set currently available.

Even outside the Art theme, Ideas has 21333 Vincent van Gogh – The Starry Night, but again, it’s a painting, albeit not quite as 2D as the Art sets. And if we’re being fair, then 21334 Jazz Quartet, by representing music, falls under the broad umbrella of art.

But where are the sculptures? With the LEGO Group making a concerted effort to reach a more adult market, surely this is a market just crying out to be tapped. A Hulkbuster or modular building would look out of place in many dining rooms, but a LEGO Venus de Milo, or a replica of Michelangelo’s David? They might just sneak into a wood panelled den or a living room.

Modern sculpture too, could be an idea. There are many collectors who would love to build scaled down works of Nathan Sawaya’s LEGO creations. Maybe it’s a copyright thing, but whatever the reason, LEGO Art doesn’t have to be flat.

By purchasing your LEGO via our affiliate links, you help to support Brick Fanatics. Thanks.