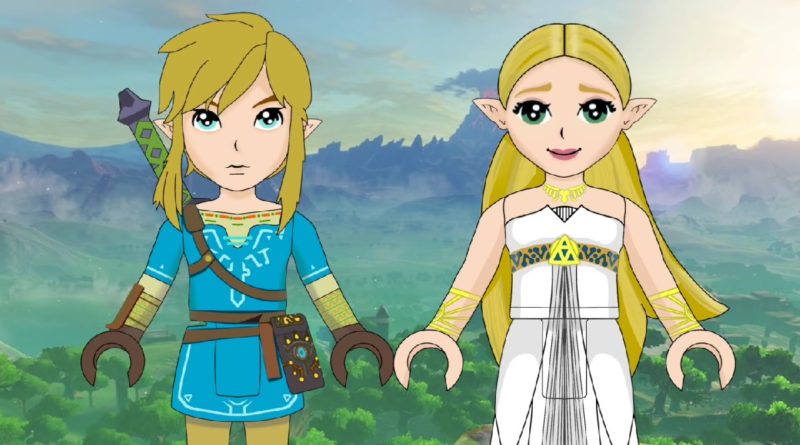 While we wait for LEGO The Legend of Zelda to become a reality, one fan is asking whether the series is better suited to mini-dolls over minifigures.

LEGO YouTuber ellieV regularly tackles Friends and other mini-doll themes in their content and has pitched a suggestion for The Legend of Zelda sets in their latest video, asking whether the franchise and its most recent title might better translate to mini-dolls rather than minifigures.

LEGO The Legend of Zelda has been a highly requested series for the LEGO Group to tackle, making it into a LEGO Ideas review stage not once but twice in recent years. However, despite the continued release of LEGO Super Mario, no other Nintendo properties have been announced for the brick-built treatment at the time of writing.

The YouTuber addresses this in the video by proposing that the LEGO Group could create a new theme aimed at older builders and possibly address concerns of gender bias in the mini-doll-focused LEGO Friends by taking The Legend of Zelda: Breath of the Wild and giving it a fantasy line of sets using the figures with more realistic proportions.

A sketch of what Link and Zelda could like as mini-dolls, created by ellieV, helps demonstrate how the art style of the characters translates over to mini-dolls with the appearance of their clothing wrapping around the mini-doll proportions without needing to adjust minor aspects of the design like you might with a minifigure.

While LEGO The Legend of Zelda has yet to become a reality, the proposal from the YouTuber may present a compelling argument for why mini-dolls are a viable option for the franchise. Regarding how recognisable mini-dolls are compared to minifigures, the LEGO Group has already stated that they consider the newer style of figures to be a brand icon.

One thought on “Would LEGO The Legend of Zelda be better suited to mini-dolls?”