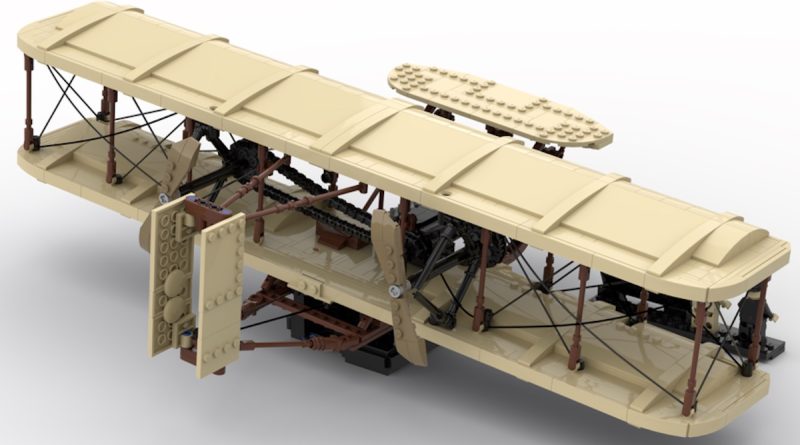 The latest fan design that’s managed to reach the 10,000 votes mark on LEGO Ideas is a historical model of The Wright Flyer.

Following the recent Breath of the Wild: Temple of Time submission, the latest LEGO Ideas fan design to achieve 10k supporters is The Wright Flyer. Created by Kmayne_bricks, the 1,279-piece model is a scaled replica of the famous flying machine first flown by the Wright Brothers on December 17, 1903, for 59 seconds.

Originally first submitted to LEGO Ideas two years ago, the updated version of the model has since been enhanced by the designer with new pieces. Features now include propellors that spin in opposite directions, moving yaw flaps, a detailed engine and minifigures of the Wright Brothers.

The fan-designed set actually represents the second version of the machine that’s been created to date, with the LEGO Group itself having released 10124 Wright Flyer back in 2003. The 663-piece set certainly wasn’t the most visually-appealing LEGO set and was fairly flimsy, so it will be interesting to see if this updated design manages to become a reality.