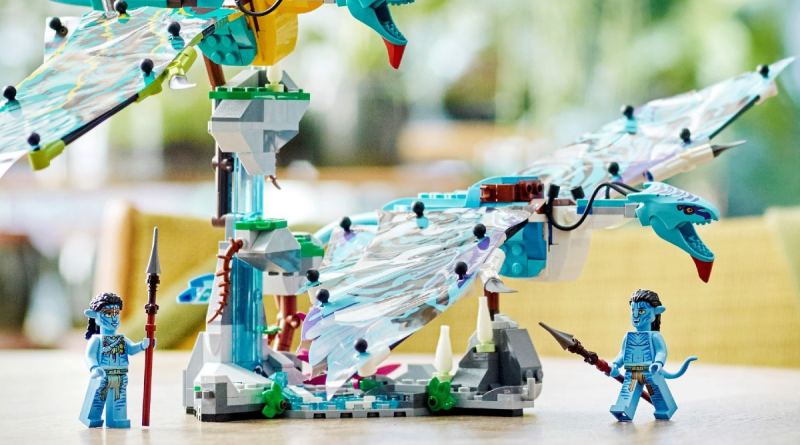 The sets in the LEGO Avatar theme include a subtle feature that encourages multiple purchases.

Avatar – the 2009 sci-fi CGI epic – is making something of a comeback, thanks to a new line of LEGO sets. The initial wave of models takes its cues from the original movie, but it’s really the new one that’s inspired their release. That movie (Avatar: The Way of Water) is arriving in cinemas at the end of this year, with several other LEGO sets accompanying it.

All five of the first LEGO Avatar sets are now listed on LEGO.com, although you’ll have to wait until October before you can get them. The largest set in this initial wave – 75574 Toruk Makto & Tree of Souls – is actually available for pre-order at the moment. 75572 Jake & Neytiri’s First Banshee Flight can also be pre-ordered in the US.

Even if you only had one or two in mind, you may be inspired to buy the full set. That’s because we’ve noticed each chunk of Pandora terrain has clips and bars at either end. This allows you to connect together multiple sets for a more cohesive experience.

This, in turn, might explain why almost every LEGO Avatar set has a piece of Pandora in it. Whether you’re after floating rocks, lush vegetation or a mix of the two, LEGO Avatar has what you’re after. Once you’ve bought one, you may find a little harder to stop there.

Connecting the pieces together in the optimum order may take a little experimentation, especially as some builds act as a right angle. However, this is a neat way of assembling a larger, more cohesive world – something many LEGO licensed ranges struggle to accomplish. The terrain in 75574 Toruk Makto & Tree of Souls uses multiple pieces, offering even greater flexibility.