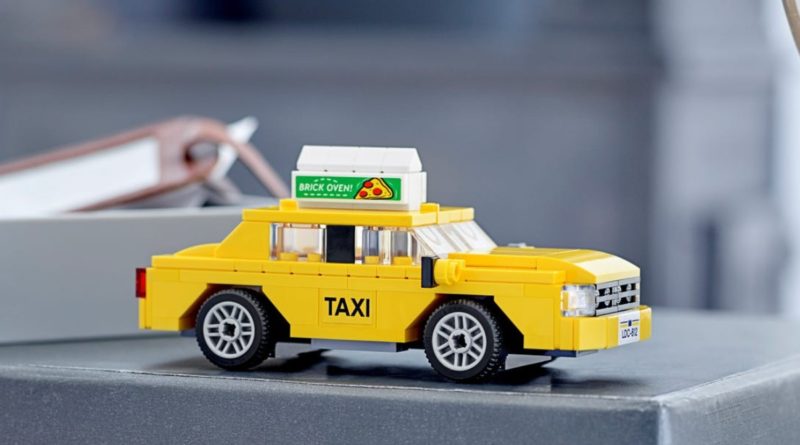 A new rumour has surfaced online, suggesting that 10297 Boutique Hotel might be getting a vintage taxi GWP in the future.

Promobricks are reporting to have information regarding an upcoming LEGO for Adults GWP. The source states that a gift numbered 40532 Vintage Taxi is on the way in 2022 after initially reporting that the then rumoured 10297 Boutique Hotel would see a free set be offered alongside the modular building.

According to the rumour, 40532 Vintage Taxi is said to include a six-stud wide black taxi model with yellow doors that looks similar to a London black cab. The box is mentioned as including the same green banner of bricks that 10297 Boutique Hotel’s packaging includes, indicating that the two might be intended to go together.

Like 10297 Boutique Hotel, the potential GWP is also mentioned to feature a reference to a previous modular building as the newspaper vendor from 10278 Police Station potentially returns in a new career as a taxi driver. Other than the fresh job, the source states that the minifigure is the same.

The only other build included in the rumour is a small pavement structure with a bin and a taxi sign. The reported GWP is said to include 163 pieces and be available from January 28, 2022, as a free set with all orders of €200 or more.

This rumour is just that until officially confirmed by the LEGO Group and should be treated with caution until announced otherwise. Two free gifts are currently available on the official online store including 40491 Year of the Tiger available for free with any order over £85 in the UK, $85 in the US or €85 in Europe.